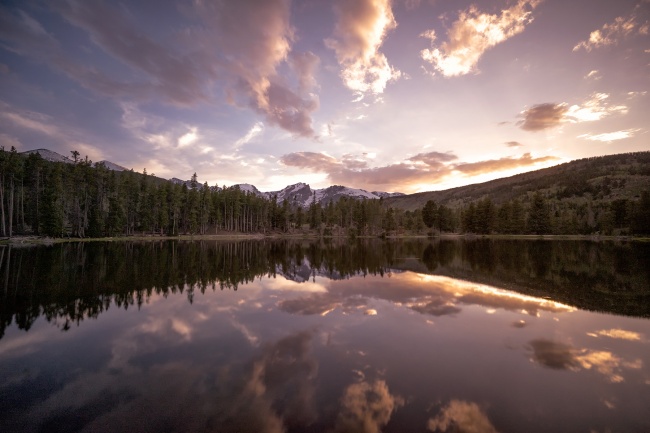 We arrived in Estes Park, right outside of Rocky Mountain National Park around dinner time. So naturally, our first stop was to get some pizza. OMG you need to try this place called Antonio’s Real New York Pizza. The pizza was outstanding! And believe me, I’ve had a few slices in my day and I really liked this pizza. And to walk off all those calories we headed to Sprague lake right after dinner in Rocky Mountain National Park.

It’s a super easy walk around the lake thats about a mile long. It was perfect because each side of the lake provided some amazing views. Good thing I had my neutral density filter with me because the sunset wasn’t actually as vibrant as this image makes it look. The clouds were looking very nice but the longer exposure by the ND filter really brought out that extra umph of color that it really needed. It also helped that it was a very calm and peaceful evening with not a lot of wind to create ripples in the water. So if you’re a fan of reflection shots, Rocky Mountain National Park has tons of them. From all the lakes to puddles. Everything is just so reflective and beautiful. You would love it.

The settings for this image was F5/6 at 1.6 seconds at ISO 400. I used my 16-35mm wide angle lens to try to capture as much of the scene as I could. I didn’t have my tripod on this one but I managed to find a good ledge to balance this on. The key is to try to get your camera body and lens to stabilize on something to make sure theres no extra shake. If your lens isn’t leaning against something or supported somehow, it probably won’t work out as well. 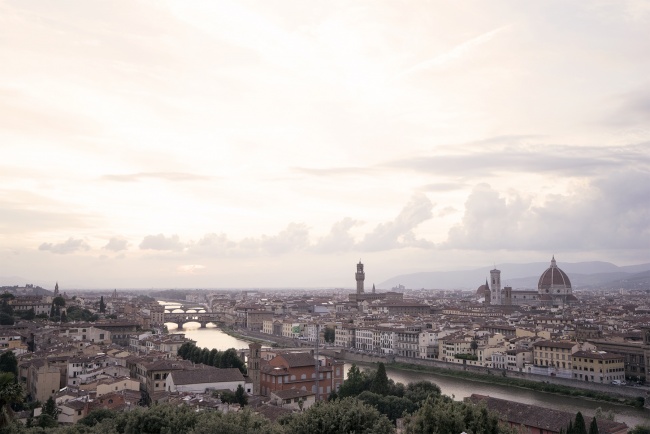 I was thinking about Italy the other day. Mostly because I was thinking about pizza but the weird part is that we barely had any pizza while we were there. Maybe once?  It was all pasta baby. And it was so delicious. 98% sure it’s the best food I’ve ever had. How about you? Where was the best place you’ve eaten?

I loved photographing the sunset from Piazzale Michelangelo. It was so peaceful and beautiful standing up there. In case you’re thinking about going- there are a lot of stairs to climb or you can do the lazy route and get a taxi to get you there. That’s what we did. All the pasta was weighing us down. HAHA. Its worth it though. It is the best view of the entire city. It’d try my best to get there as early as you can though. A lot of people were waiting for the sun to set even an hour before it did.

It’s also a great spot for people watching. There were so many different kinds of people there. A couple of people were there painting the sunset, others were photographing it, but everyone was enjoying it. There was even a Chinese couple standing next to me. They had no idea that I could understand them but the funniest part was when he was watching me change my lens. It’s like he was giving a play-by-play to his wife. Mostly because I tried balancing my lens on the edge of a balcony. I could feel that he was nervous for me. He kept on saying “too dangerous, too dangerous” and when I was done he gave huge sigh of relief. LOL. I don’t even think Andrew was that nervous for me. It’s funny how all these memories are spurred out of thinking about pizza… 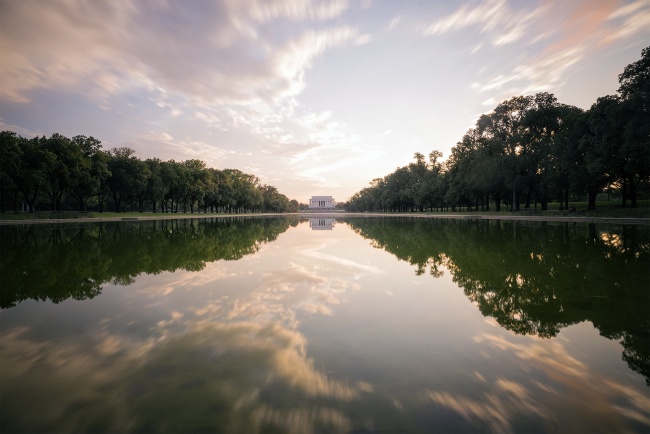