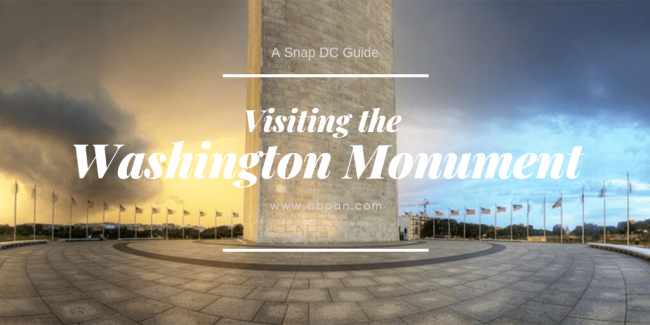 The Washington Monument is one of the most iconic landmarks in the world. People from all around the world flock to the National Mall for the chance to see it in person. But who can blame them? It’s even more inspiring in person than it is in photographs. The centerpiece of the Washington DC skyline and the quintessential backdrop for cherry blossoms in the springtime and fireworks when it comes time to celebrate our independence. So if you are planning on visiting the Nation’s Capitol, here’s your guide to everything you need to know about visiting the Washington Monument: 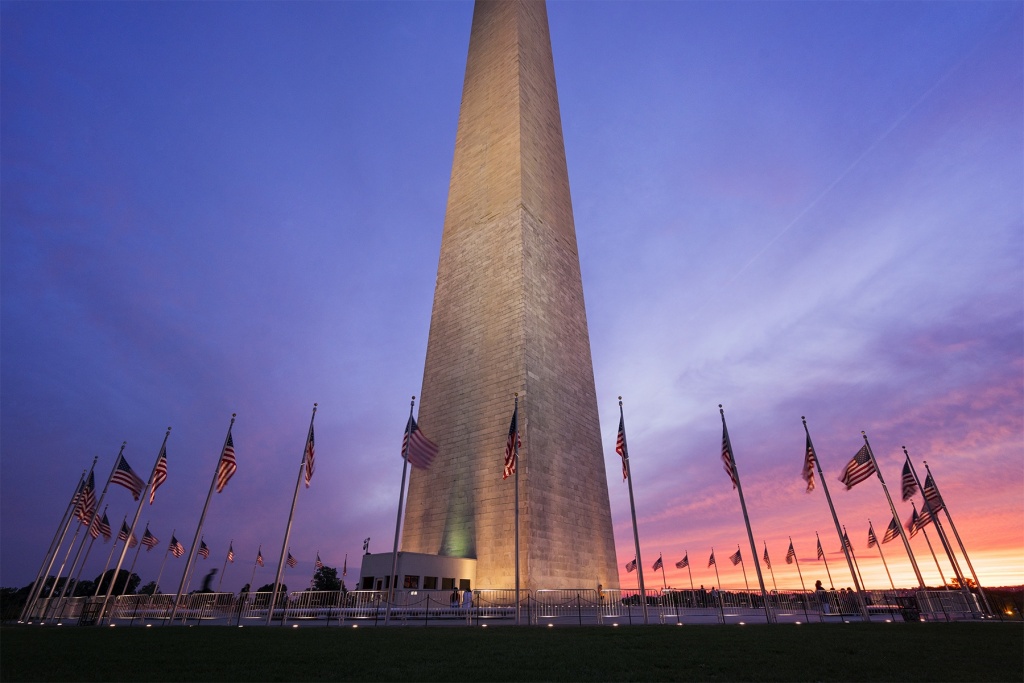 The Washington Monument at sunset

How to get there:

The Washington Monument is conveniently located in the heart of the National Mall.  There are several ways to get there but the official address is:

END_OF_DOCUMENT_TOKEN_TO_BE_REPLACED 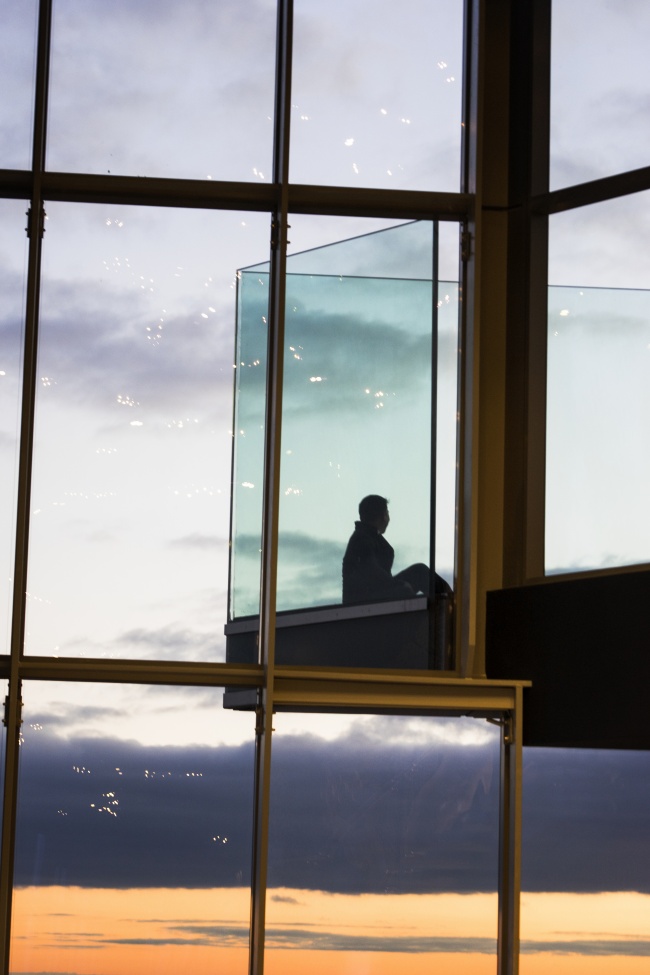 One of my new favorite places in the world is the CEB Tower in Rosslyn, VA. I’ve found myself recommending it to people without them even asking. LOL thats how you know it’s a great place to be. Not only is there a great view of Washington DC, but the observation deck itself is very beautiful. The first time I visited, I was blown away by the interior and the windows, paneling, everything. It’s floor to ceiling windows and it’s just breathtaking at sunset.

But my favorite part is when you go outside to the little deck area and you’re literally standing 31 floors up in the air with nothing but beauty around you. That is what my friend, Albert was experiencing in this image. He’s sitting outside on the deck, posing for his own pictures when I saw him perfectly framed by the window panels while standing inside. It was right around sunset time so the sky was working in our favor as well. I love that he is being silhouetted by the colors.

So if you’re planning a visit to the CEB Tower, definietly enjoy the view but the interior is something to appreciate as well. Also, there’s a bar inside so what can be better than some nice views and a little drinky drink. You know what I’m saying? LOL.

By the way, currently working on the follow up to this blog post about sunrises in Washington DC with one about sunsets. Obviously the CEB Tower will be included, but if you have any other places that you think are good for sunsets in Washington DC, please let me know! I would love to add your input.

Happy Friday and have a great weekend 🙂 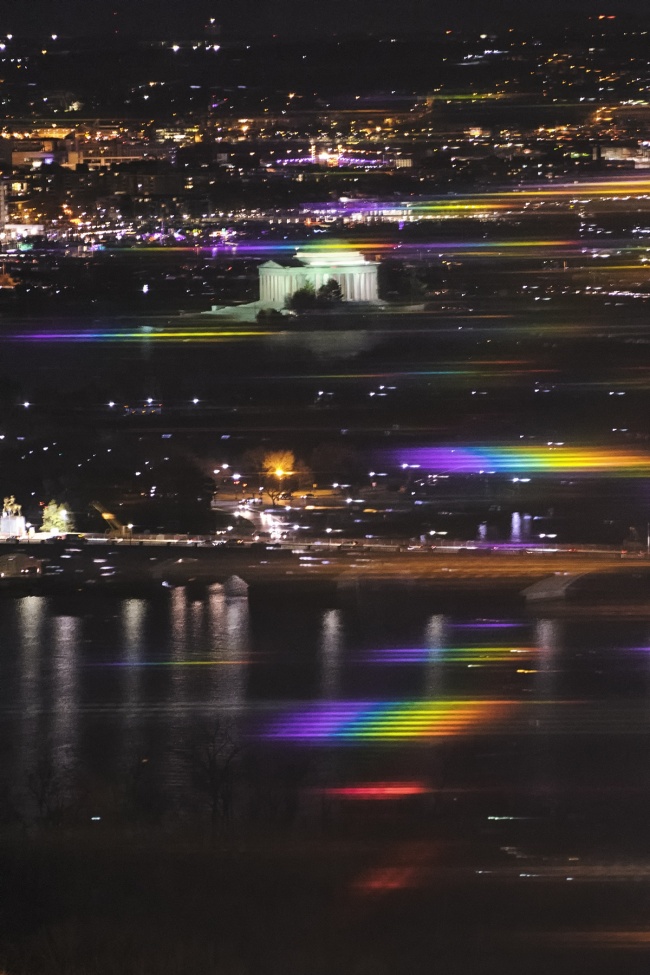 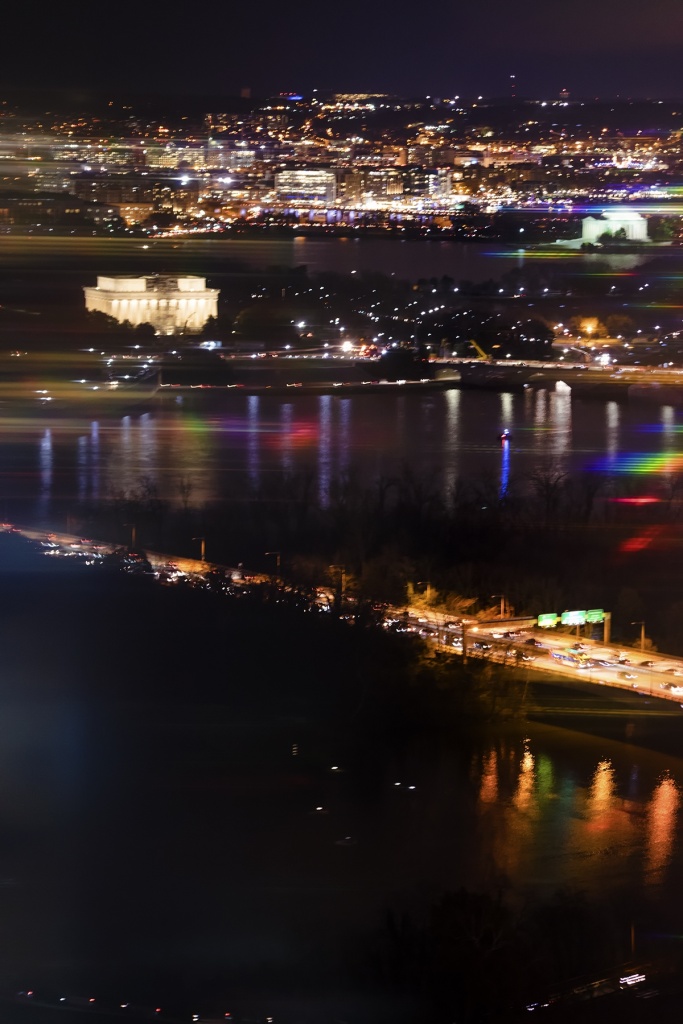 The View of DC 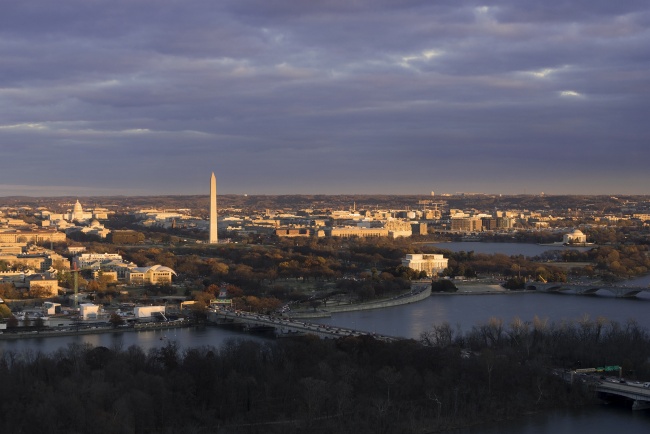 Attention! Attention! I have a new sunset spot that I need to share. It’s very similar to the view at this one, but at least this time you’ll be able to go whenever you want and won’t be trespassing on residential property. LOL.

Its at the Observation Deck at the CEB Tower in Arlington, VA. If you haven’t already you gotta go! I honestly don’t know what took me so long because it opened in the summertime and earlier this week was my first time visiting. You can walk 360 degrees all around the 31st floor of this building which gives you very interesting viewpoints of Rosslyn, VA and Washington, DC. It’s absolutely stunning! The one downside is that you’re always shooting through windows.

This image was captured right before sunset through the window. The glow on the memorials is what caught my attention to this scene and I couldn’t help but snap multiple images. My tip is to put your lens right up against the glass to reduce glare. If you have a dark black cloth that you can put over the lens, that’s even better! In order to capture this, I actually used my cell phone as a shield against the little spot that was being reflected. It was enough for the day but in case you’re there on a super sunny day, a cloth would be best.

But I haven’t told you the best part yet! The best part is that you can go up to the second floor of this observatory and go outside! You’re still shooting through glass but it’s even better with the fresh air. There are little spaces in between the glass panes that you can sort of fit your lens through but otherwise, it’s an interesting place to experiment. 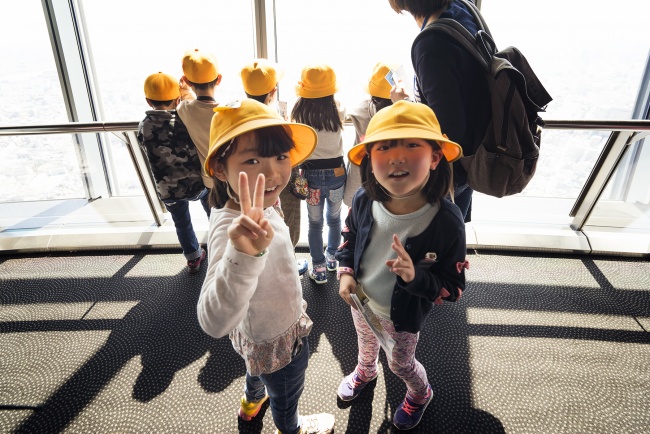 This was taken last year in Tokyo Skytree. When I was researching different places to take pictures in Toyko, Skytree was definietly on top of my list. Not just for the amazing views, but also the possibility of photographing people looking at said views. It sounds a bit weird, I know, but I think that some of the more interesting photos are the ones of that include other people enjoying the same things you are.

So here I was, enjoying the beautiful view from 2080′ in the air, when I heard a lot of little voices laughing and talking. I turned around and saw a bunch of little kids with what looked like to be there teacher. It was so cute because all of them were wearing these yellow hats so it was really easy to spot them in a crowd. It immediately reminded me of when I was in elementary school and we’d always go on class field trips to the Smithsonian museums or to the Washington Monument in matching t-shirts.

Not to sound like a creeper, but I followed these kids around for a little bit. I wanted to find the right time so I could photograph them enjoying the views. They finally stopped and all lined up in front of a window as there teacher was showing them something outside. I started to shoot. These two girls in the back must of heard my camera clicking because they immediately turned around with big smiles and gave the international signal for “I’m ready for my close up” by pulling out the peace fingers. Aren’t they so cute? No words or anything were exchanged. Just a little “Arigatou gozaimasu” (thank you very much) from me and a big smile and they kept on moving with the rest of the yellow-hat kids.