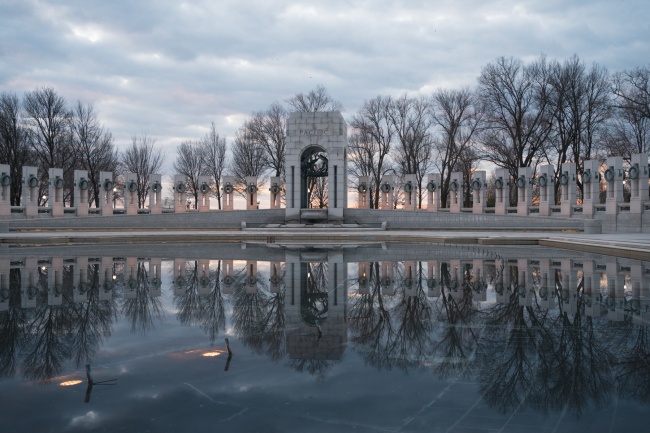 This image was taken on the same day as this one. When I first arrived at the reflecting pool about 45 minutes before sunrise, I saw that the World War II memorial was beautifully lit with the fountain flowing. So I got busy trying to capture the image I had imagined in my head. After 10 minutes of being there, the fountains turned off at the World War II memorial. It was unfortunate because the image I had imagined had to do with the fountains. So I shifted my focus on photographing the Atlantic side of the memorial.  But then I didn’t even notice that the Pacific side was glowing with color! It was one of those mornings when I seemed to be a little off with everything but oh well. I was glad I went out either way.

So when I finally noticed the color, I ran with my tripod inside the memorial. You may see that I caught a little bit of the remaining color, but it was pretty much gone by the time I set my camera back up. Either way, I still think the reflection turned out so nice and crisp.

I should look up the fountain schedule thou. It was so weird that they turned it off at sunrise. I wonder when they turn it back on? 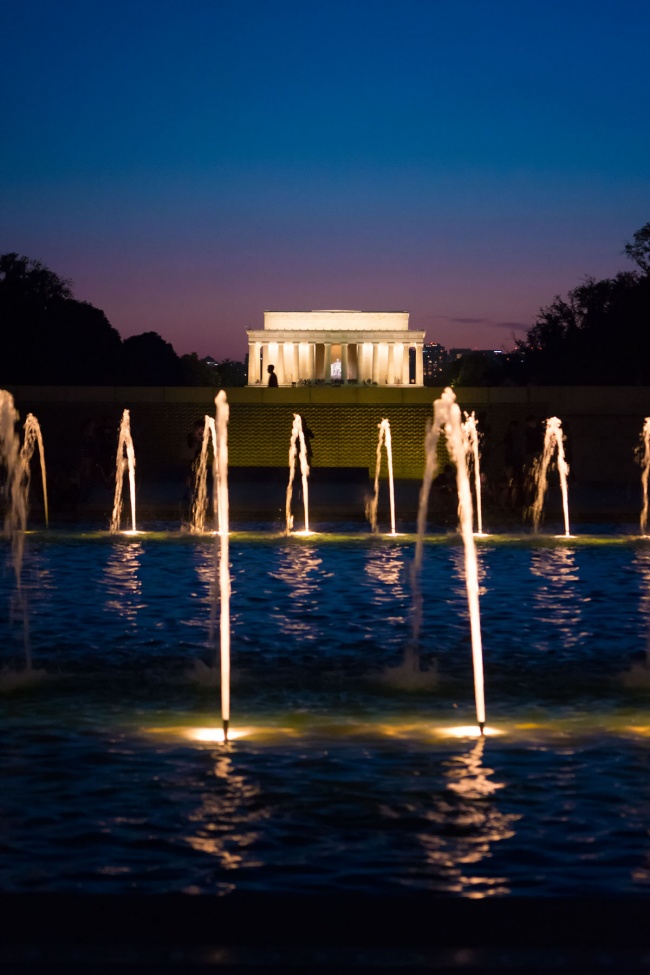 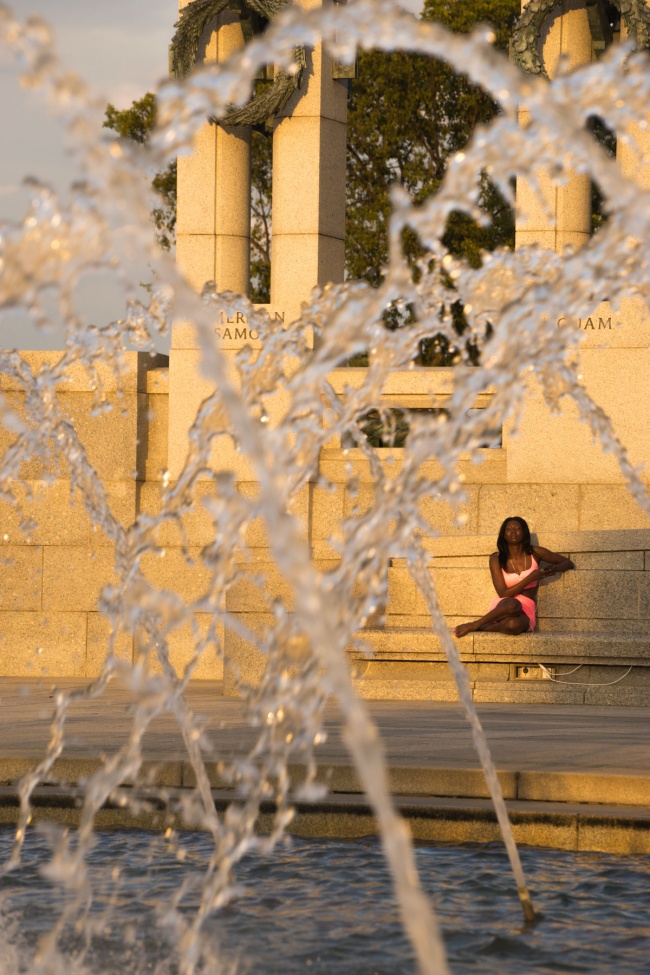 View of the Washington Monument from WWII Memorial 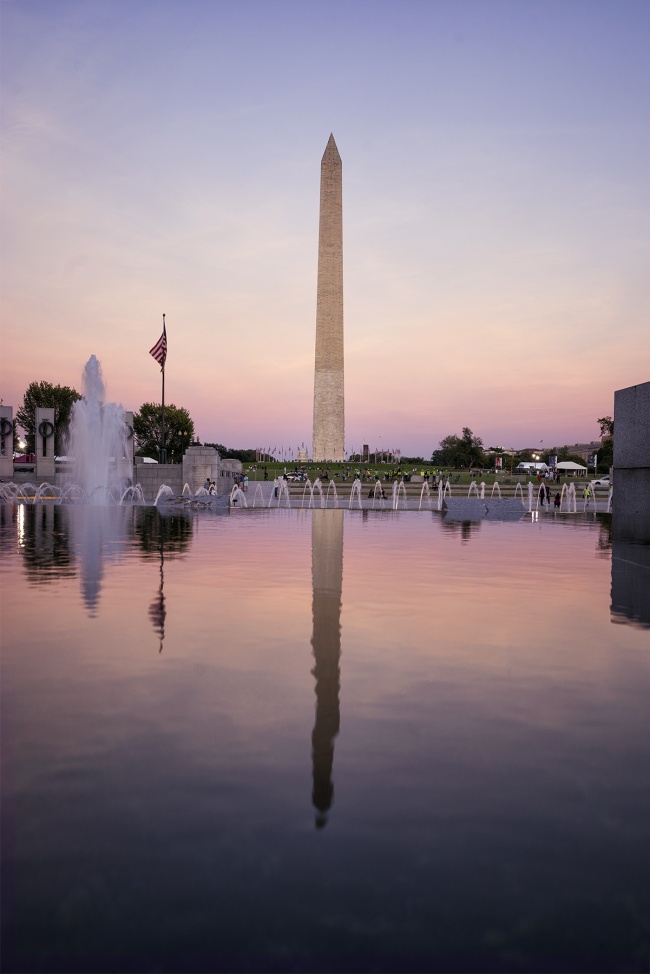 Even without a cloud in the sky, the Washington Monument is still beautiful. Fun times with IGDC and their most recent photowalk, #igdcfallstroll 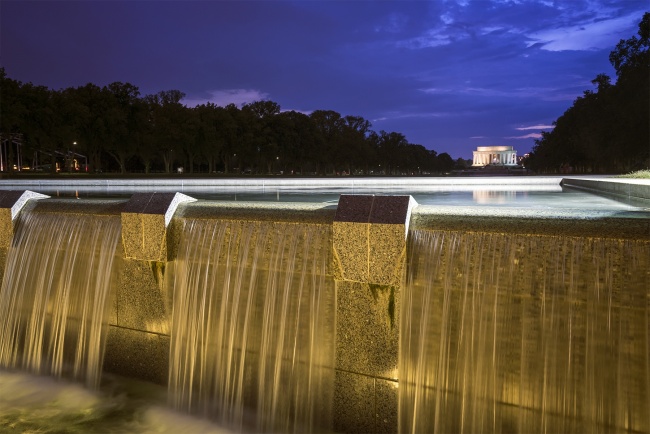 If you’re tall enough (or can stand on your tippy toes long enough), you can see this great reflection of the Lincoln Memorial from the WWII fountains. 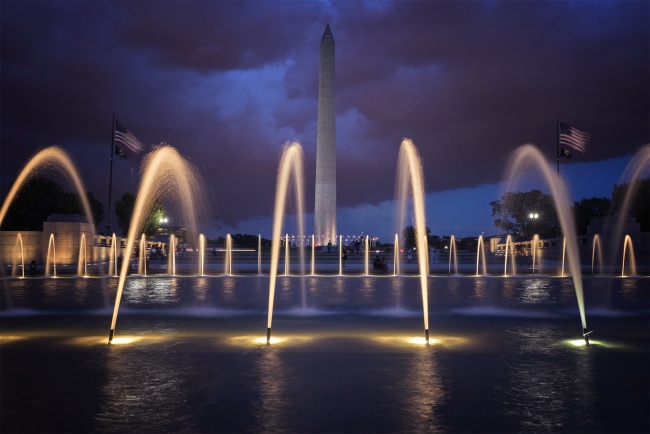 So many people run for shelter when the storm approaches. With a scene like this, it’s hard not to just sit and enjoy. I wasn’t the only one though. I was surprised that there were about 15 other people sitting at the WWII memorial with me, enjoying the weather.