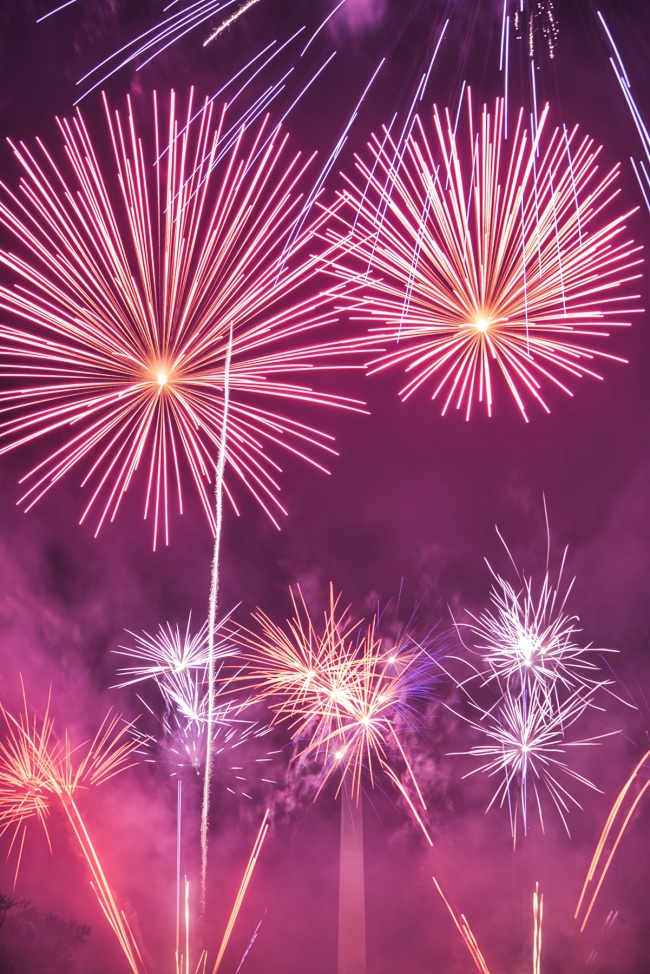 So the 4th was awesome. It was one of the best fireworks displays I had seen in a long time. It was hot and humid but not humid enough where it effected the sparkles like it had in the years past.

I rode the metro to the mall and made my way over to the Lincoln Memorial. I was flying solo this year since Andrew had better plans of bbq and fireworks at home and it seemed like all my photo friends had their own ideas of where to shoot the fireworks from. I’ve been wanting to shoot in front of the Lincoln Memorial for so long so that I finally took the opportunity this year to do so. I arrived around 615p and the Lincoln Memorial steps were already packed! I didn’t even bother. It seemed like everybody was so squished up and it was already way too hot without all that body heat around me so I looked over to the Reflecting Pool to look for some open spots. I think being by myself was an advantage because I was able to squeeze in, dead center of the Reflecting Pool. It was awesome! There was only one row of people in front of me and that was it.

I sat there for almost 3 hours, reading on my kindle app and playing some phone games. Its funny though, I stood up to get my camera ready at around 9p. The fireworks were supposed to be going off at 9:09p. And even though I had been waiting for those fireworks for sooo long, it still surprised me when the first one went off. I’m pretty sure I screamed so loud that the people around me heard me yelp and jump a little bit. A little embarrassing, but whatevs. The show was one that would be hard to forget! I’m not usually one to say anything but I was ohhh-ing and awe-ing the whole time.