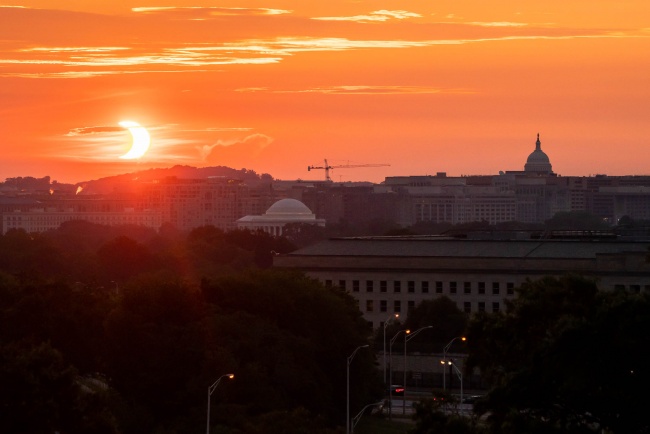 Thursday, June 10th, was a special day. I woke up early and went out to photograph the partial lunar eclipse happening at sunrise. It had been a while since I woke up at 4:30 in the morning to go take pictures so when my friends Mark and Andy invited me to go with them to the Air Force Memorial I couldn’t say no. 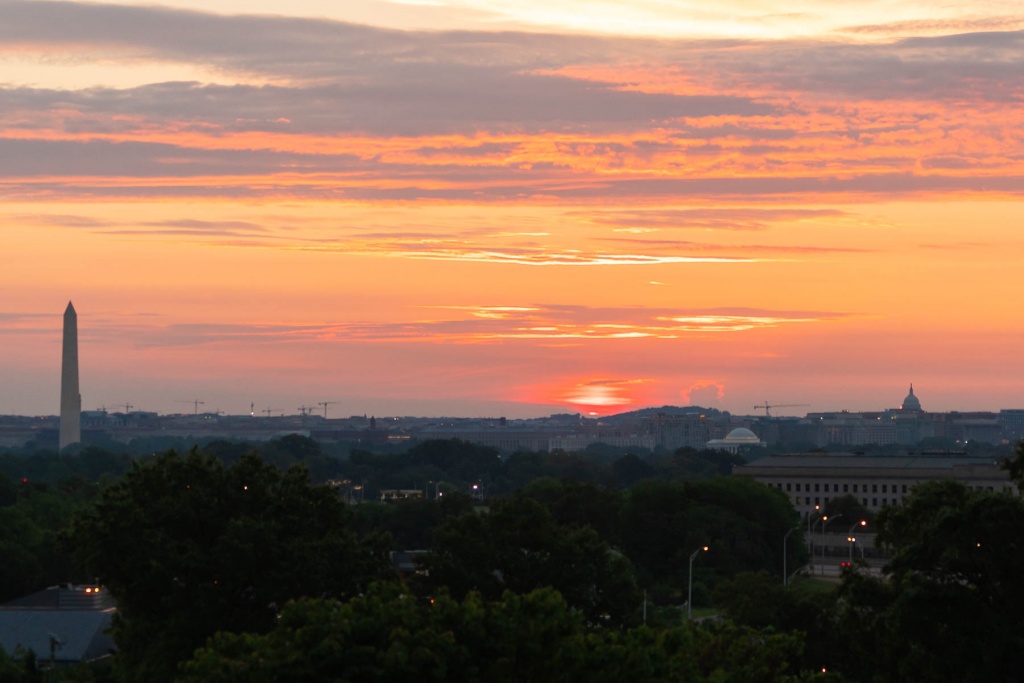 The first peak of the sun rising over the horizon.

The plan was to photograph the solar event as the sun was rising over the Washington DC skyline. 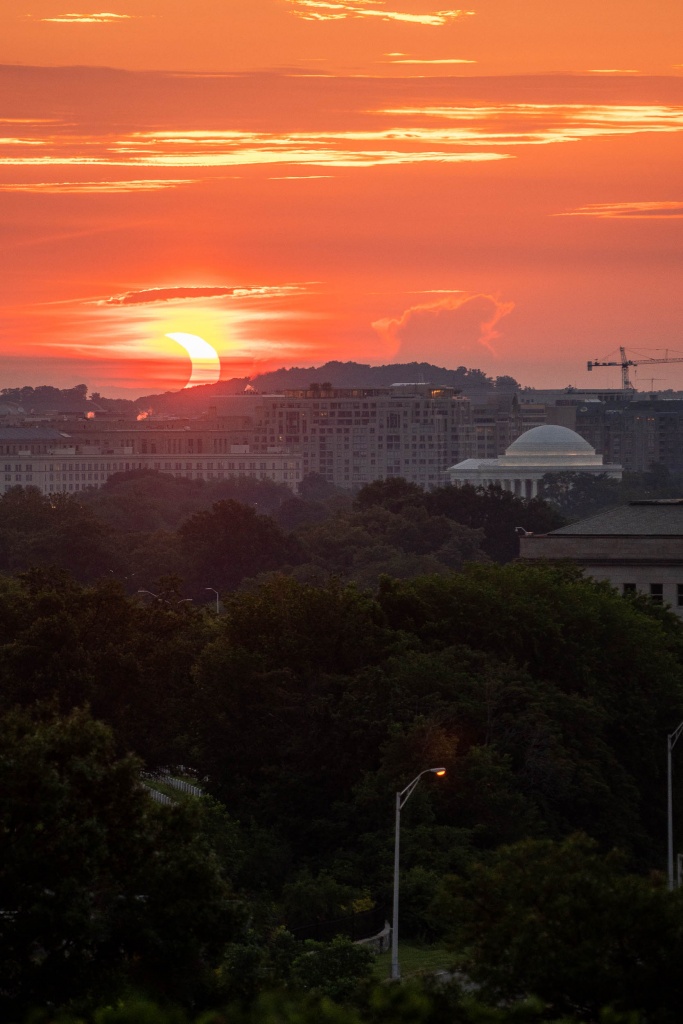 It was so cool to witness this particular sunrise. It was obviously very unique and just so happened to be my very first time photographing an eclipse. To be honest, I hadn’t done much research before waking up in the morning. I was just looking forward to seeing something cool. 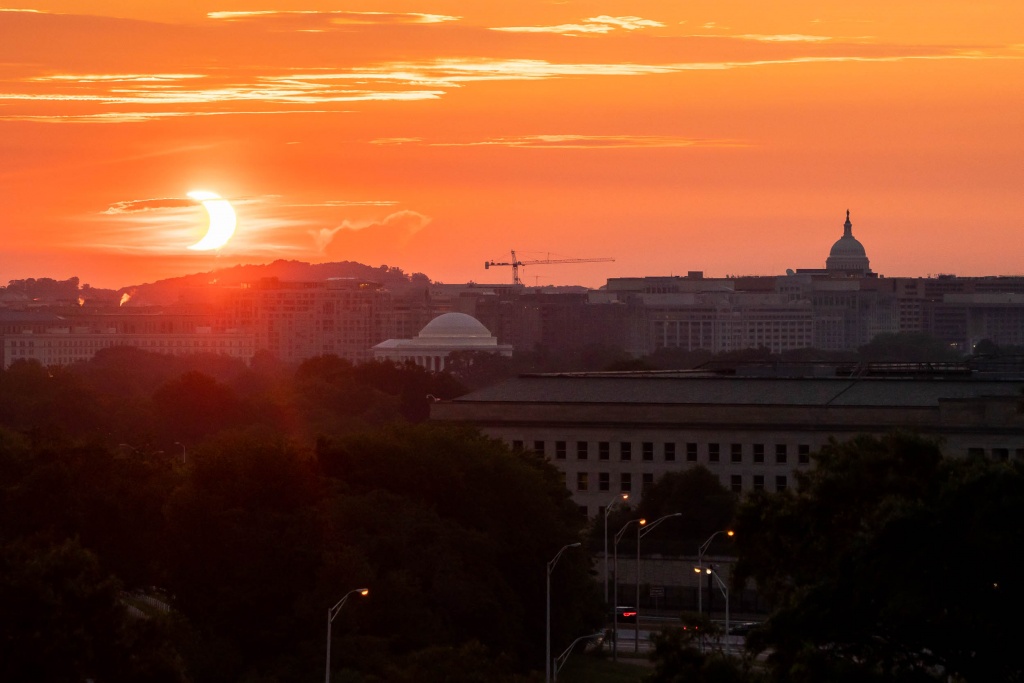 My favorite part was seeing how bright this sun crescent got to be. It also sort of looks like cheese, or a Pacman in the sky. 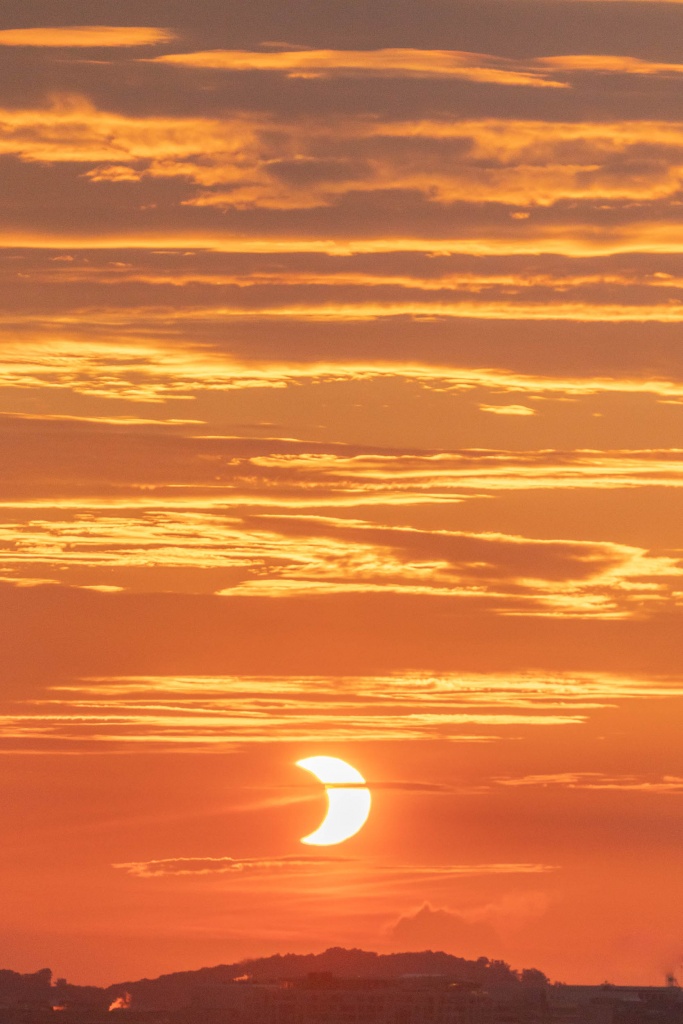 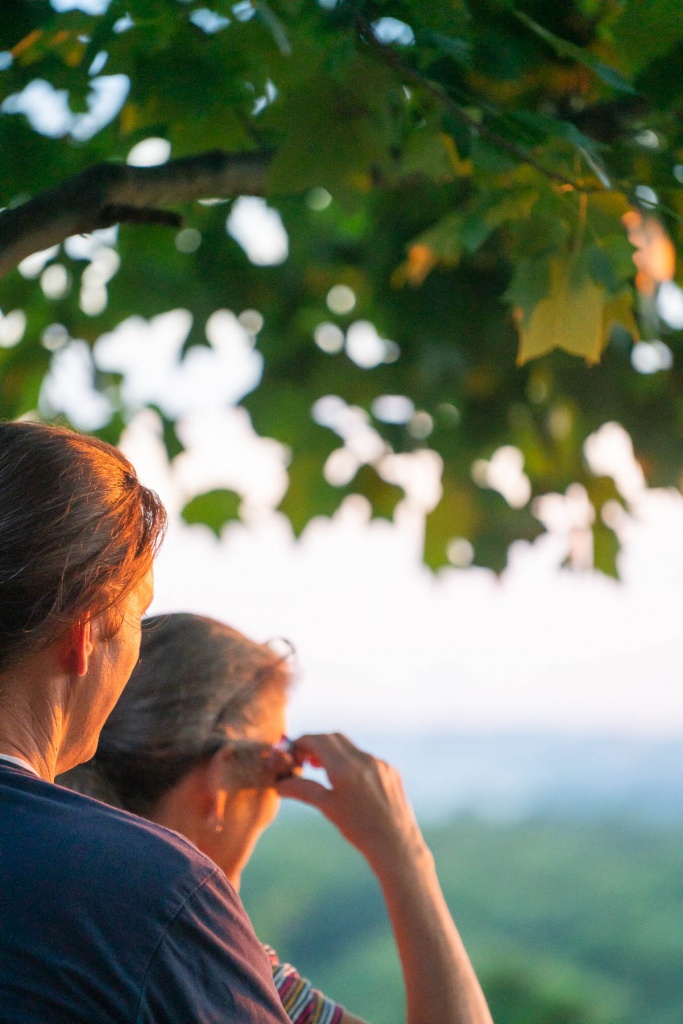 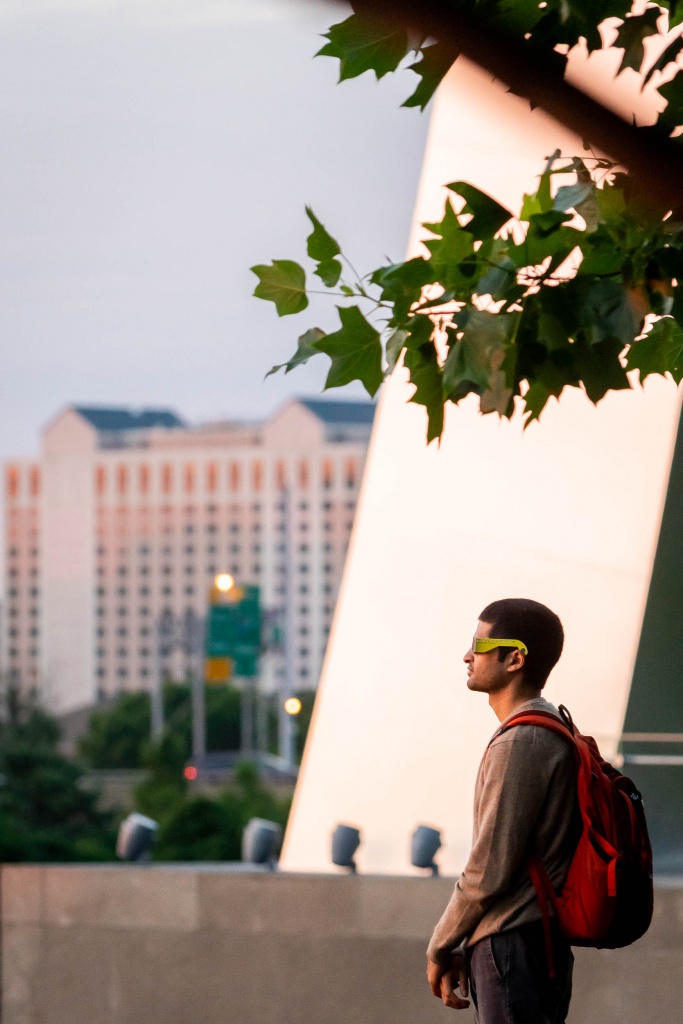 There were a handful of other photographers already at the memorial and others who were just there to watch the event. They were even prepared with solar glasses. I need to get a pair myself for next time I want to photograph an eclipse. A friend recommended these off of amazon.  Most of the time I was shooting on a tripod and through my camera’s LiveView so I didn’t have to look directly into the sun, but glancing up once in a while, I could tell that the sun was extremely powerful. A few people have asked and I did not shoot with a lens filter. I mostly exposed for the sun which made the foreground really dark and lightened everything up in Lightroom. 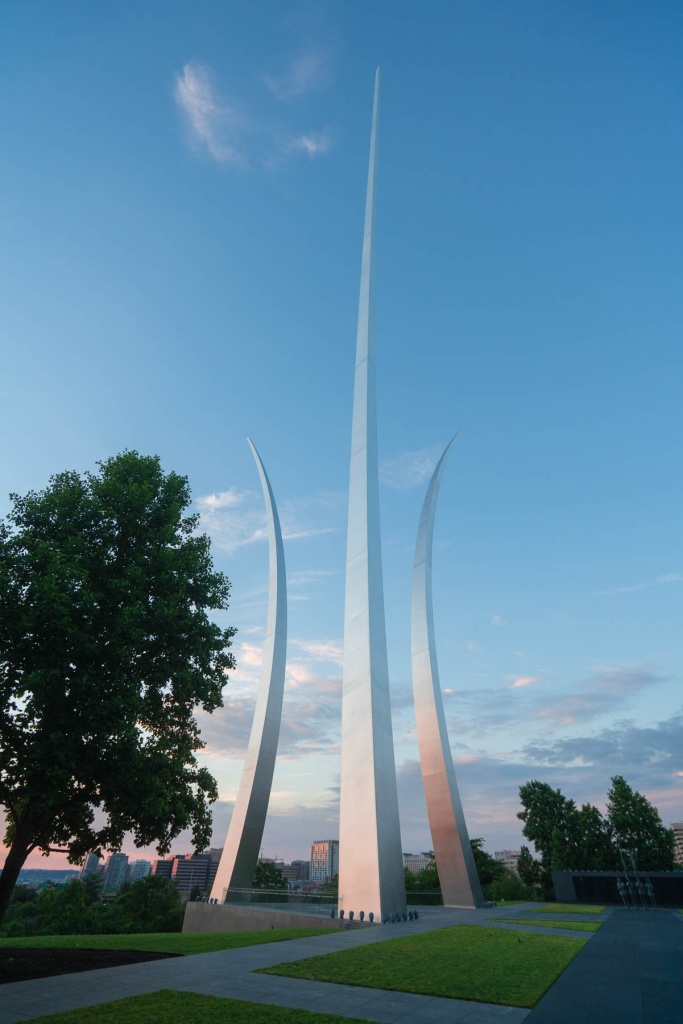 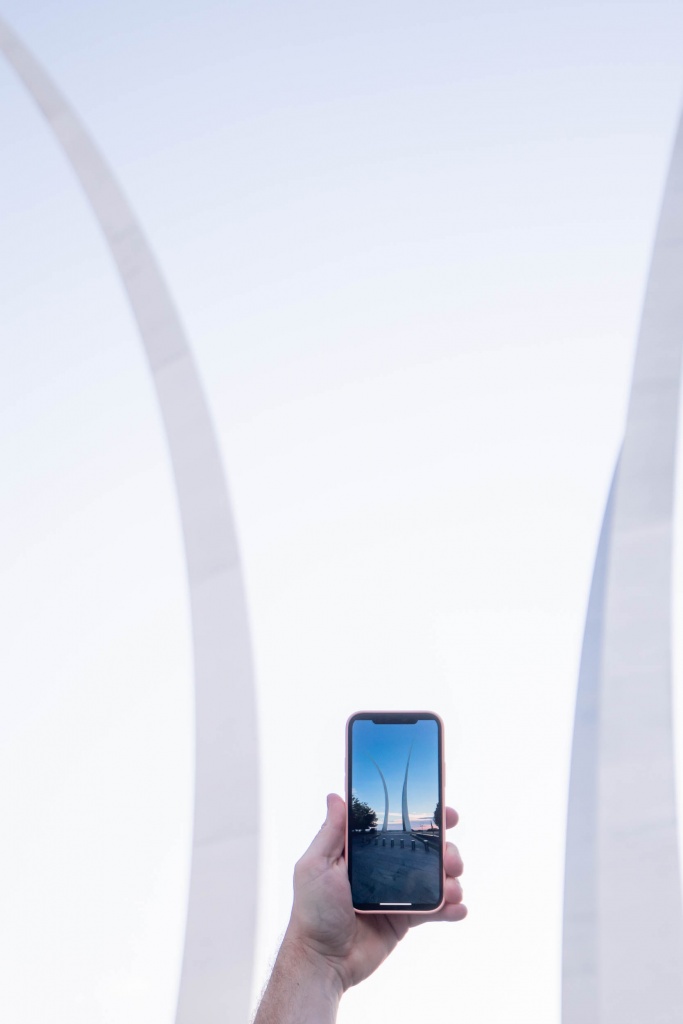 The eclipse was visible for about 20 minutes before it hid behind the clouds.  So we packed up our things and created a few shots of the Air Force Memorial before heading out. Overall it was a great morning out and well worth the early wake-up alarm. Can’t wait for the next one in 2024! 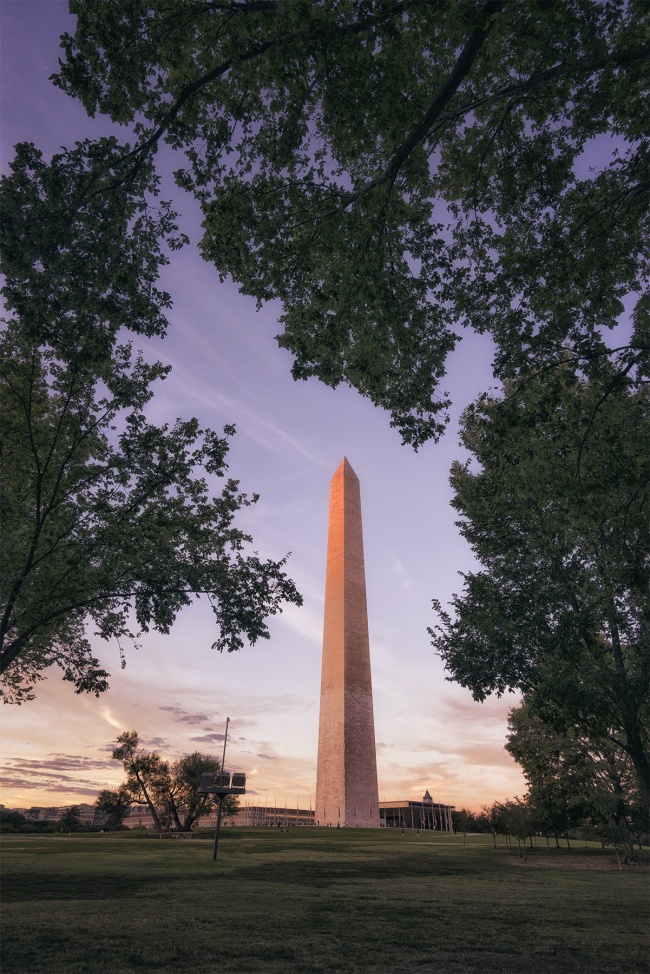 It’s what everyone’s talking about and I’m still undecided if I want to shoot the solar eclipse on Monday. There are several reasons why but one of the biggest ones is that we’ll only be able to see a partial eclipse from the DC Metro area. Unfortunately we’re not in line with where total eclipse will be taking place. So I’m still undecided if I even want to try. I’m not even sure if I will even have the right equipment for it. Theres just so much hype surrounding the eclipse. It’s difficult to not fall into the trap. I may just try my best with what I have and if it turns out, then it turns out. Don’t be upset if I don’t get anything 🙂

Anyways, here’s a pretty image of the Washington Monument at sunset to distract you from all the eclipse talk. HAHA.

I love shooting the monument at sunset. If you’re there at the right time when the sun in shining directly on the monument, then it turns these amazing colors of red and orange. It’s like a sword in the sky with how powerful it looks. It’s absolutely breathtaking in real life. And to capture it with all these trees as framing was an added bonus. The Washington Monument is truly different at all times of the day. You just have to be aware of what you are witnessing.

Hope you all have a great weekend. And if you’re planning on shooting the eclipse, best of luck to you! Tell me where you’re shooting from and send me your shots. I’d love to see them! May your day be filled with clear skies and plenty of space on your memory card! 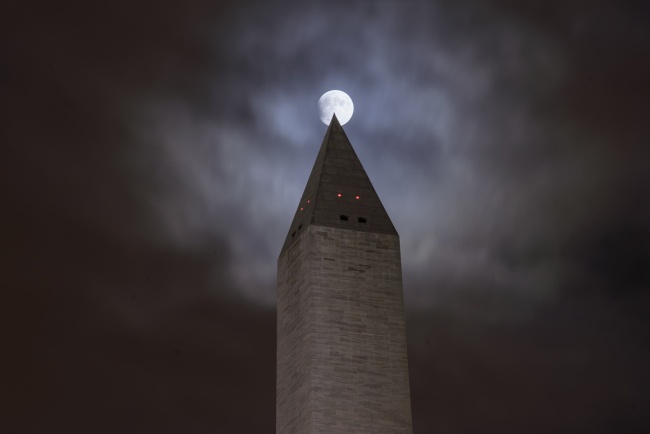 So I had to leave my family’s harvest moon dinner celebration a little early to capture this image. It’s ok, I’m not the biggest fan of Chinese food but my dad kept on insisting that there wasn’t going to be a moon because of the clouds.

I left anyways and was determined to get a great shot of the moon. He was partially right. The clouds were really heavy in the early evening but luckily they started breaking up around 8p. By the time I made my way to the Washington Monument, I was in the middle of a photo party of about 10 other photographers all waiting and shooting.