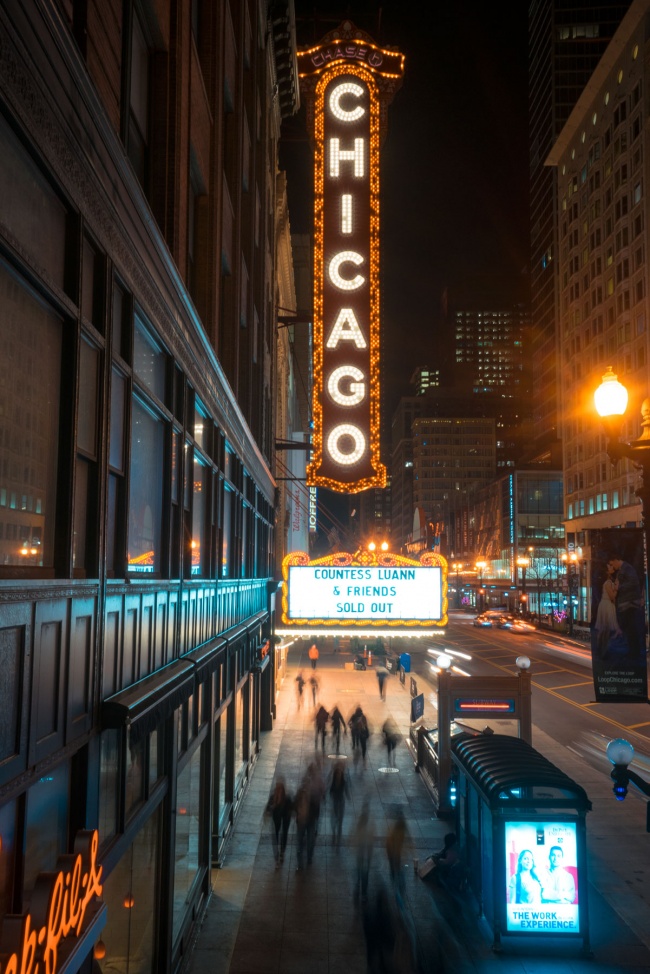 When I was looking up different places to take pictures of Chicago at night, the Chicago Theatre came up in so many of my search results. I think if you’re visiting Chicago it’s a must see. But most of the other images I have seen were of cars driving past and getting the light trails from that. I wanted to try something a little different. I saw some other images where you could get an elevated view point, so I thought I would combine the two and hope for something cool.

This was taken after dinner and dessert. We walked over to the sign and I noticed how many people were walking by taking selfies so I thought it would be interesting to try to get a long exposure of that. It also helped that the Chick-fil-a was right there so I was even able to capture people walking out of the fast food restaurant. I think it turned out a little creepy but an interesting take on the landmark.

So if you’re interested in joining me in Chicago in July, we’re actually running a sale on the workshop. Click here for the details and looking forward to seeing you there 🙂 I heard it can get real hot in the summertime which I can’t even imagine at all. It just snowed there again over the weekend!

PS Can I be honest. One of the highlights of my day is when I look at my blog and see people have ‘hearted’ a blog post even if I haven’t shared it on social media. It honestly makes me smile knowing that you just come to my blog just to see it. I can’t tell who does it but I really, really appreciate it! Thank you! 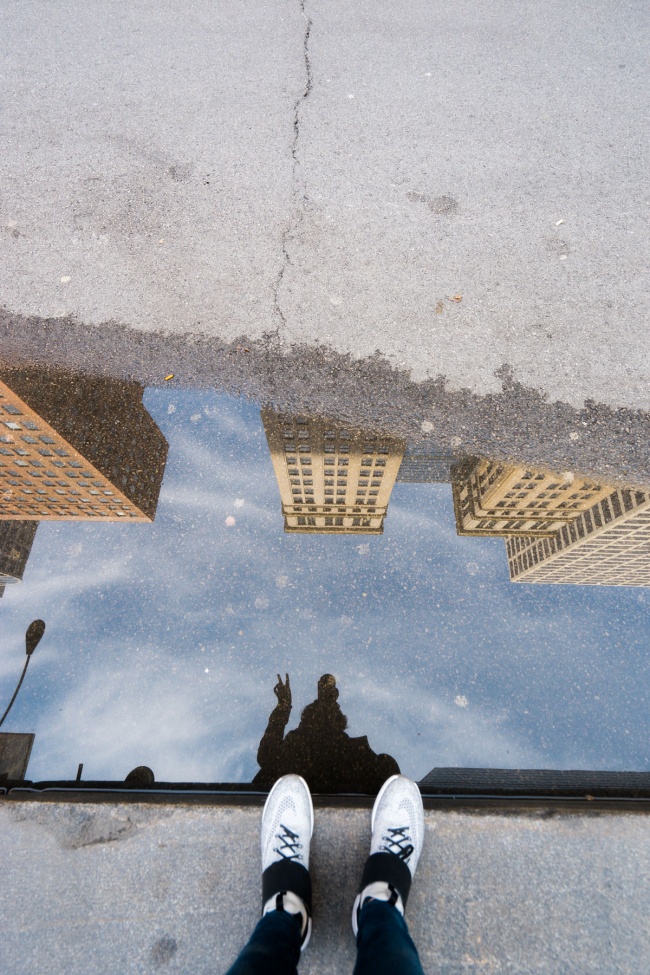 I feel like I’ve been traveling a lot in 2019 so far. And if there’s anything that I’ve learned in these recent travels, it is never put your camera away. I try my best to always keep my camera in hand for those ‘just in case’ moments. I’ve also found that sometimes if my camera is already in my backpack, I may feel a little lazy to take it out to try to capture a moment and end up regretting it. So as a rule, I try to always have my camera ready and available.

Another consequence of always having your camera available is that you start taking random selfies like this. LOL. or even this one…

I’m not always on the lookout for puddes but if I see one, I do like to see if there’s anything interesting in the reflection. This one was taken just around the corner of our hotel. It’s actually the very last image that I captured on the trip and thought it was cool to see the edges of the tall buildings around me. To add a little foreground interest, I included my shoes in the images and at the very last moment threw up a peace sign. Just something fun but ended up giggling when I saw it as I was looking through my images once I arrived home.

But trust me. This is definietly not the last image I have from Chicago. I have so many more that I’m excited to share. PS I’m starting to work on a Chicago photo guide so if you have any questions about anything, feel free to ask. I’ll try my best to answer them in the guide.

Also excited for more travels in the next few months 🙂 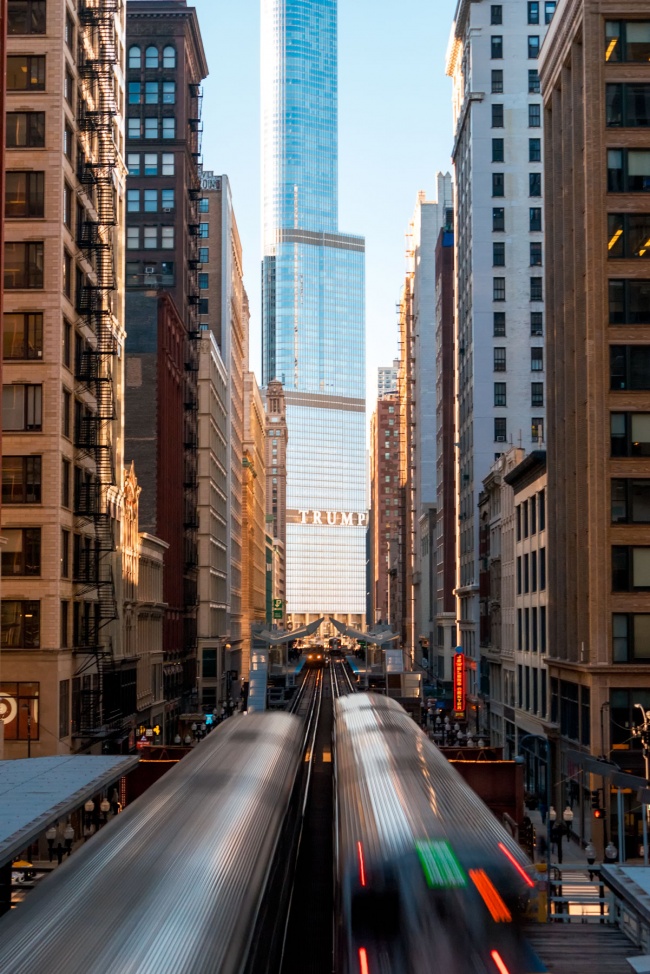 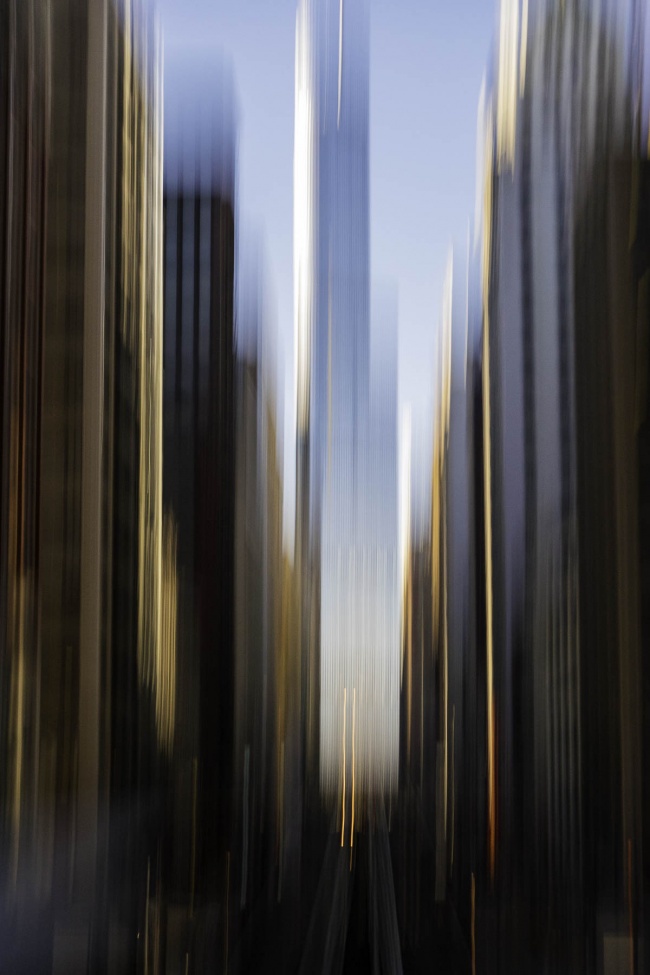 Home from Chicago and it was a fantastic trip. At one point on Saturday night while we were walking back to our hotel for the night, Andrew turned to me and said “How come all of your vacations involve a lot of walking?” LOL I’m pretty sure he was joking but not really. Because it’s true. I think when you walk around a city, you just get to know it better and there’s so much more you get to see when you’re going a little bit slower. I like it better than just driving everywhere or taking public transportation.

But my legs, feet and back are definietly feeling it right now.

This image was taken from a L train station. The light blue building in the center is the Trump International Hotel and Tower and found this to be a cool point of view with buildings framing it. Below me were some train tracks that I was taking pictures of but in between trains coming and going, I was messing around with long exposure on the buildings. I love the way it turned out and I think this is a very accurate depiction of what it feels like after exploring the city for 48 hours. I didn’t think much of it while I was taking the picture but thought it turned out really cool in the end.

Overall, I had a great weekend. I loved walking up and down the riverwalk and finding different angles to photograph the high rise buildings. I also really enjoyed eating deep dish pizza and Italian beef sandwiches. So you can say I’m a big fan of Chicago’s scenery and food 🙂