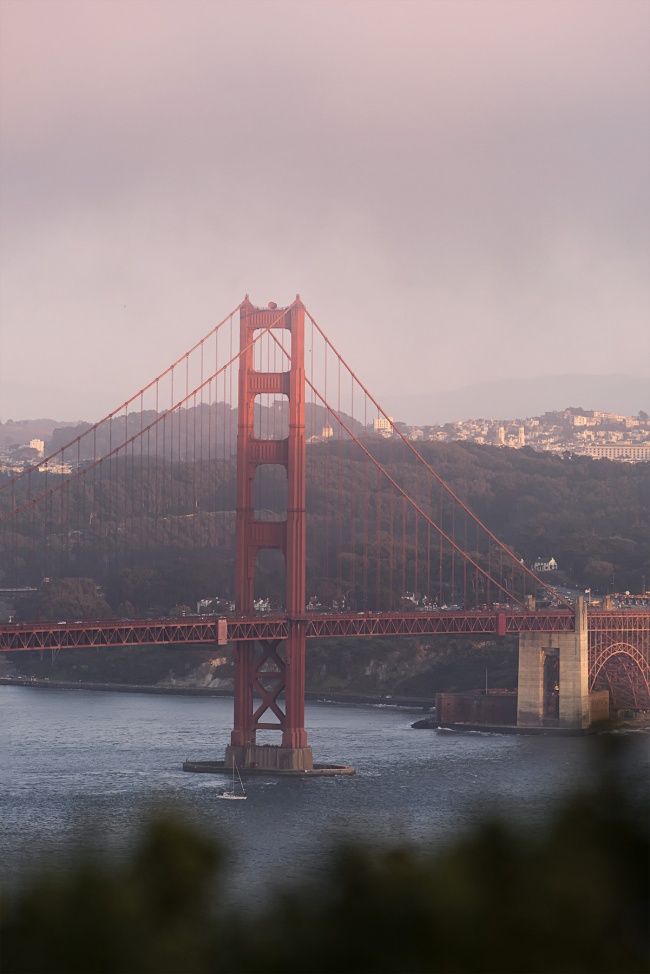 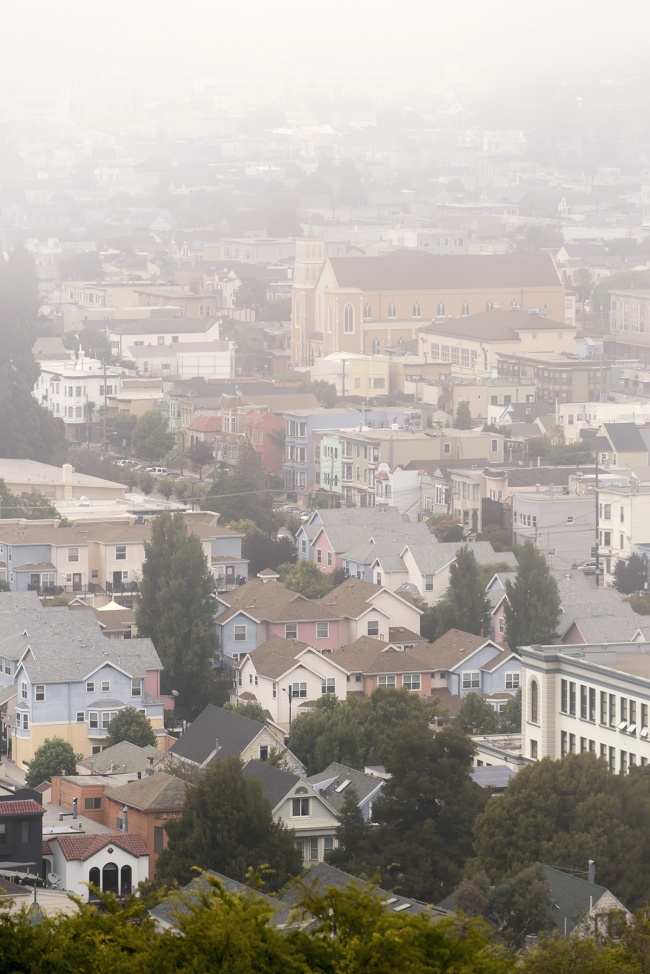 View of the Golden Gate Bridge 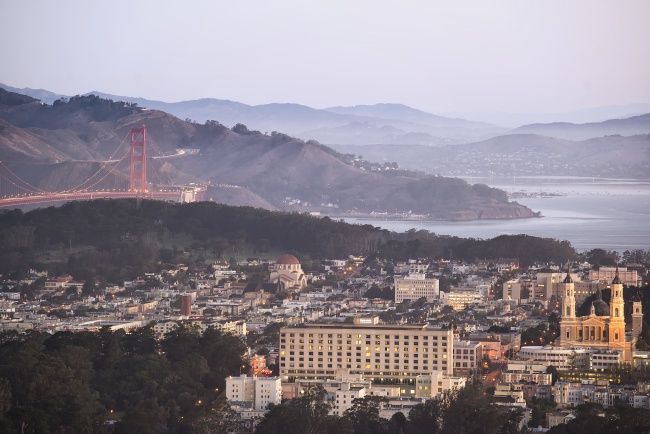 A kind of different view of the Golden Gate Bridge. From this angle it looks so teeny tiny but I think it’s really cool to see how it stands compare to the rest of the city. 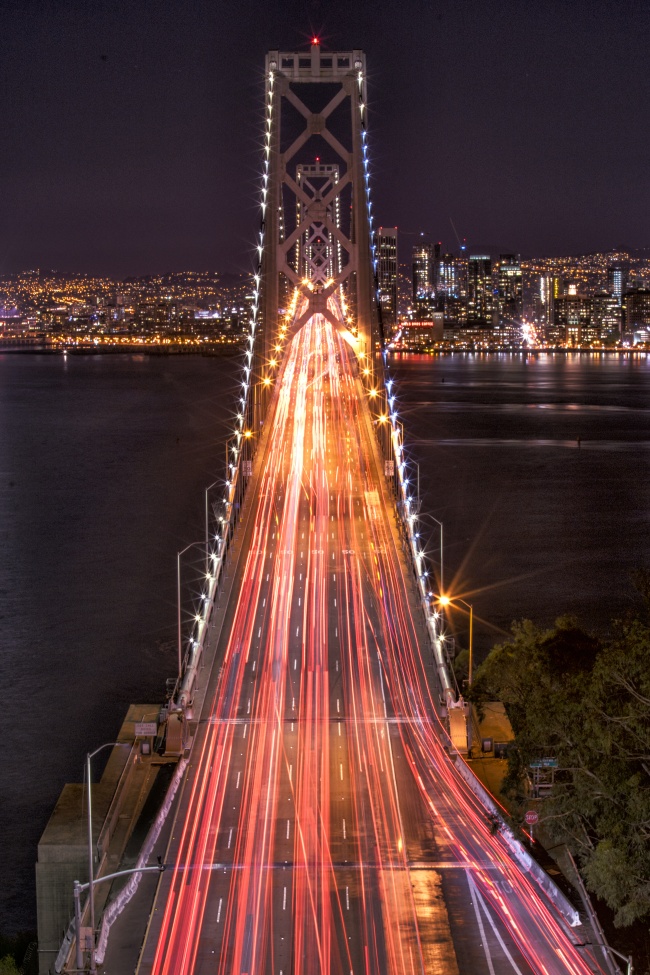 Here’s a pretty cool point of view of the Bay Bridge at night. It’s up in Yerba Buena and not at all sketchy to drive on a super winding road, climb through a fence while the people behind you are smoking weed just to get the shot 😉 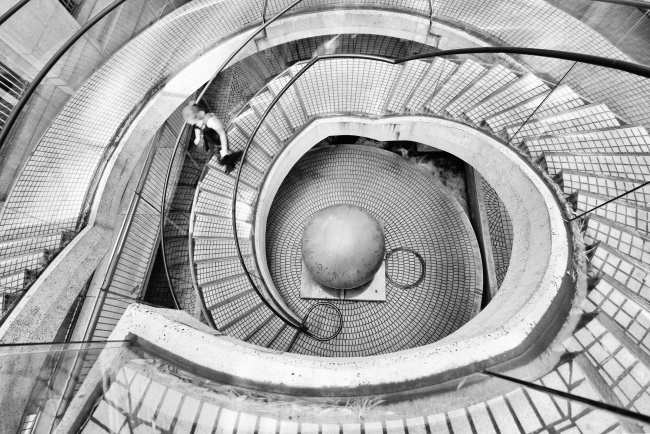 Yes, that is my friend Nicole walking down the steps. Sort of reminds you of M.C. Escher, no? 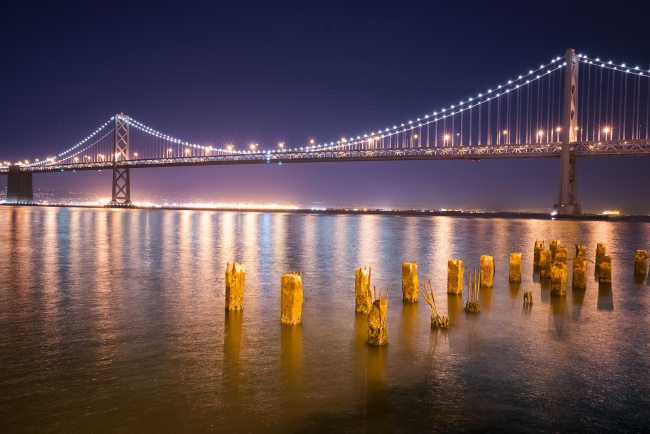 The main reason for me going to San Francisco was to attend Trey Ratcliff’s photowalk. So much fun to hang out with my Arcanum friends and meet new ones. This image was taken along the walk. Pretty awesome POV along the Embarcadero.