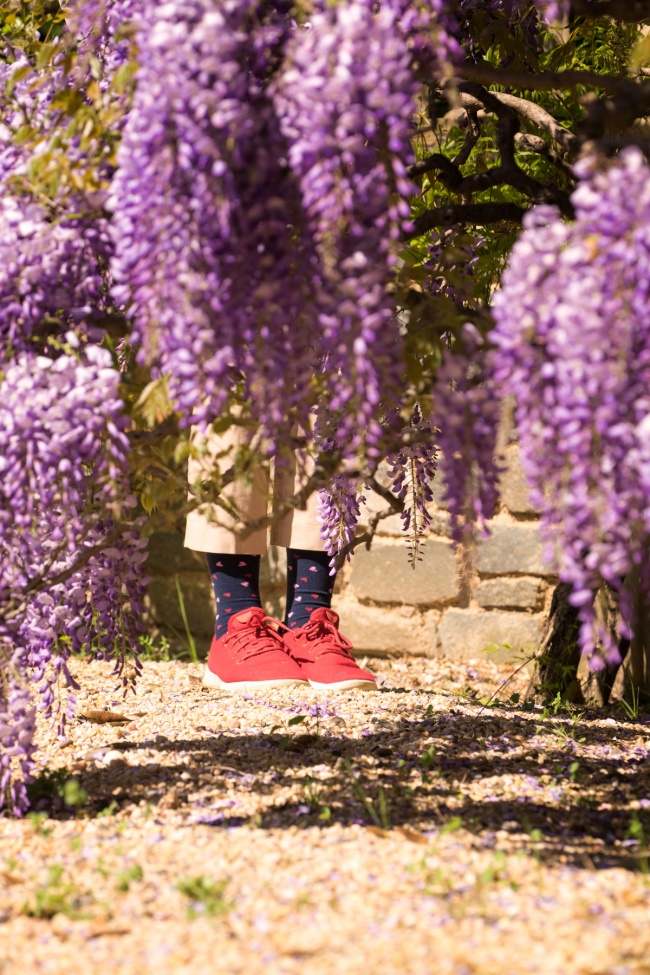 On the same photo walk that I captured this image, I also captured this image of my friend, Andy. It’s fun to go out shooting with friends. You can place them in scenes where I would usually have to wait for someone to pass by and hope for the shot. When I’m with friends, I know I’ll get exactly what I was looking for.

If it weren’t for Andy, I would have never been able to capture this. I basically asked him to smoosh into a corner so that I can take a picture of his shoes. There would have been no amount of time that I could have waited for that to organically to happen. LOL.

But it was perfect because Andy is known for his red shoes. I’m pretty sure he purchased them just so he can take pictures of them. I don’t think there has been a time where I haven’t seen him wear those shoes. So after I told him that I wanted to concentrate on just his shoes, he told me he was wearing his valentine’s day socks that his girlfriend gave him. PERFECT!  I asked him to pull up the legs of his pants and smoosh into the corner.

Just a fun photo for your Thursday.