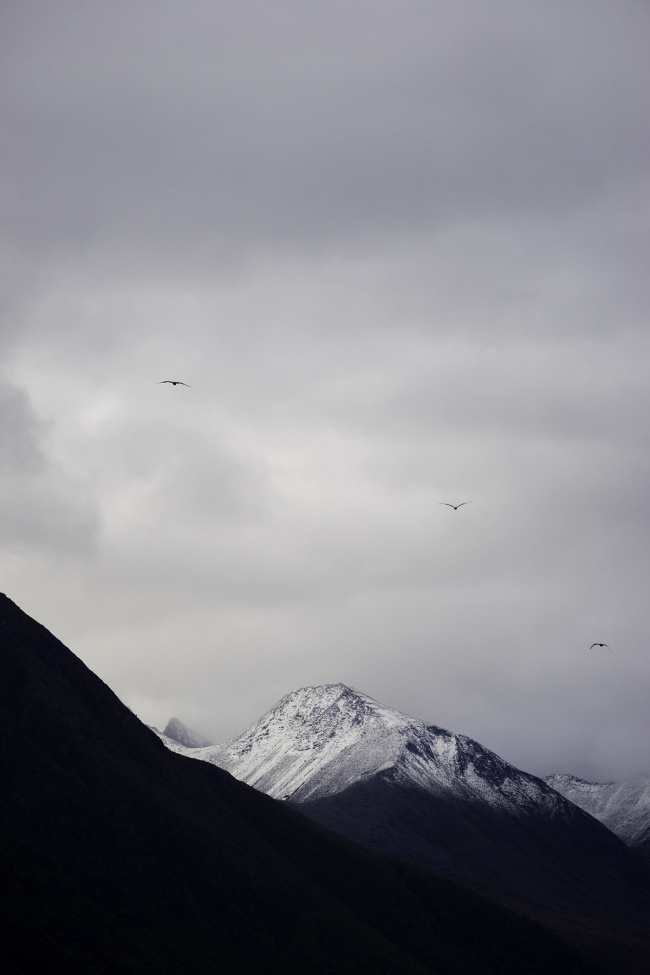 About 20 minutes before I took this image, I was fortunate enough to capture this image. They were pretty much right across the Romsdalsfjorden from each other. But I say that I was fortunate because I felt like I was in the right place at the right time with the right lens. One of the great things about Norway was that I didn’t see very many birds. LOL not even kidding. If you know me, then you know I have a slight fear of them. It’s a long story but it’s a fear that I’ve had since I was little. But I think that they can make interesting subjects in pictures (as long as they stay further back).

To be honest, these were the only 3 birds I remember seeing the entire trip. I saw them flying from far away so I brought my camera to my eye and just started shooting. I was hoping I could capture them in some type of way that would be interesting. I think I accomplished that when they were flying over this mountain peak. I love how they are lined up similar to the shape of the mountain.

I still haven’t gone through all my images from Norway yet, but you may have noticed that I’ve already gone through so many from Åndalsnes. I loved it. The entire place is so photogenic. I remember feeling so small because you’re basically surrounded by beautiful mountain peaks like this one. You can see why we wanted to stay here for two nights instead of one. So I highly recommend staying here for at least 2 days if you really want to make the most out of your trip to Åndalsnes. 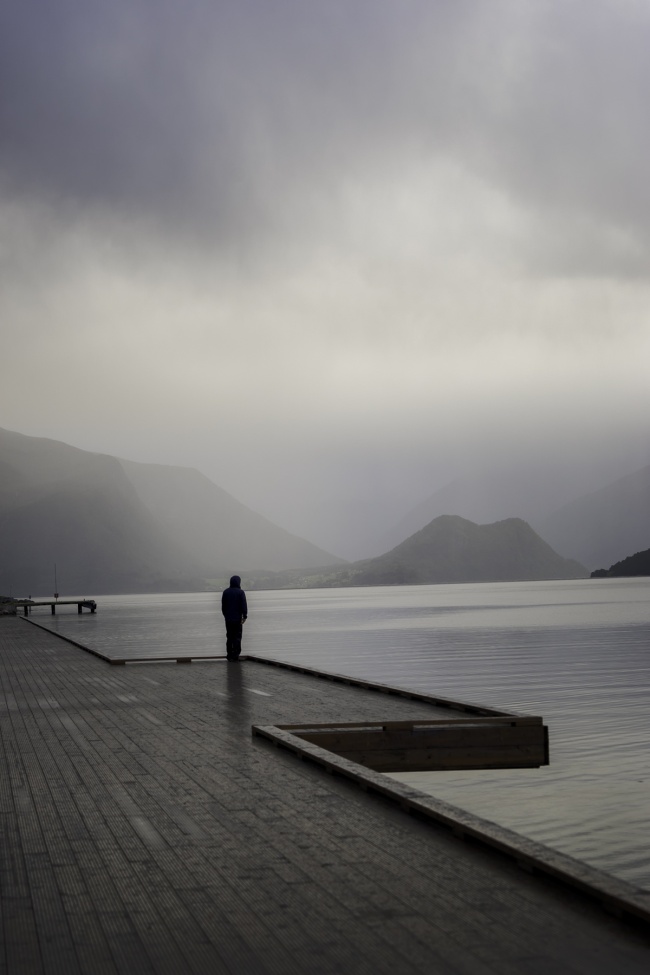 If you haven’t already, check out the travel guide I created for Norway. It basically lays out everything that we did on the trip including all our stops, hotels, and things I would have done differently. I loved our trip so much that I really felt the need to share all this information with future travelers. So if you know anyone who is planning a trip or wants to go, please share it with them. I know there are things I probably forgot to mention so if you have any questions about anything, please let me know. Otherwise, I envision myself updating the guide as I edit more images or if I can remember some details that I think are important.

This image was taken on Day 5 during “sunset”. I say “sunset” because we really didn’t see much sun while in Norway. It just so happened to be around the sunset time but it was raining. Andrew and I were a bit lost in finding a hiking trail so we decided just to just take some pictures around the Romsdalsfjorden. We pulled over near what looked like some office buildings but found this beautiful dock instead. I immediately hopped out of the car when Andrew said that he would sit this one out. I told him “10 minutes, tops” as I ran over to this scene. I took captured several images but was not happy with them. I felt like there needed to be some kind of foreground element. I ran back to the car and asked Andrew to come up. Being the amazing photo husband he is, he parked the car and came out to stand in the rain. I think adding the human element really made this image stand out. Thanks to him for standing there- but don’t feel bad. He knew what he was getting into when he married me 🙂 HAHA 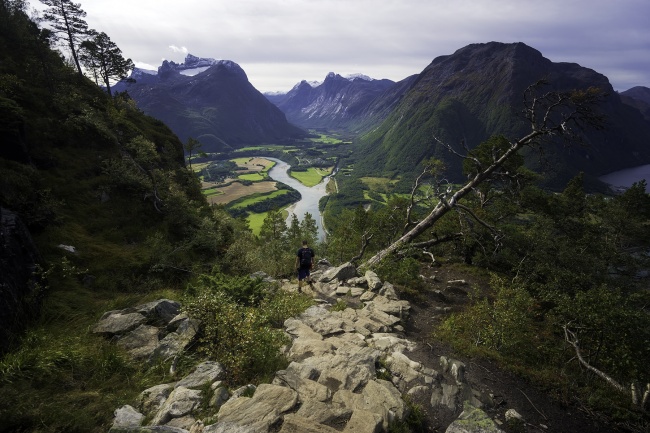