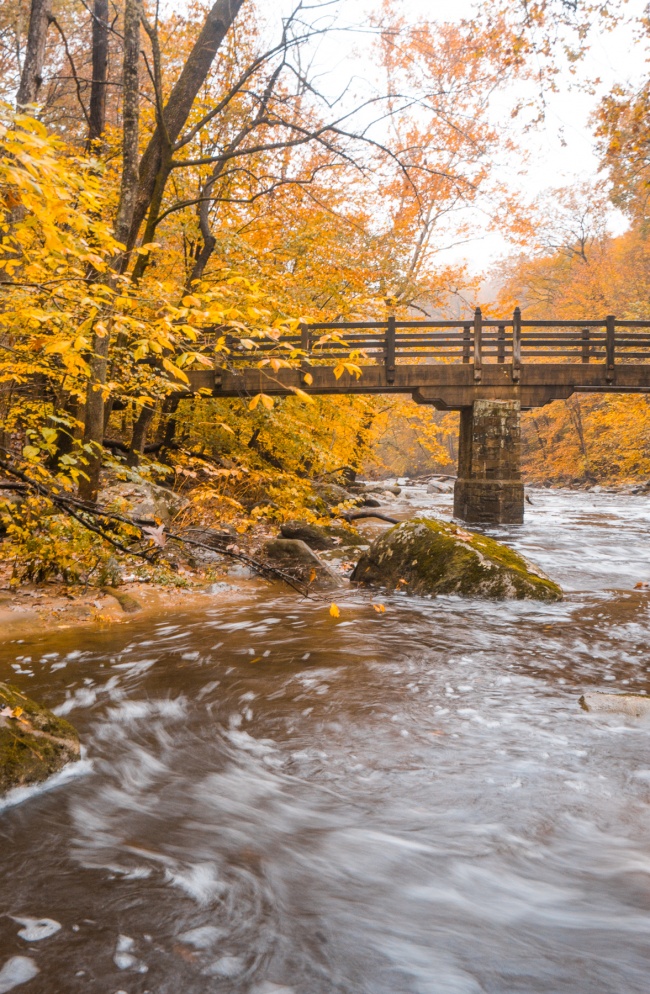 Just a short drive from Boulder Bridge is Rapids Bridge in Rock Creek Park. You could technically walk, but I wore the wrong shoes and decided to drive instead. Next time I go to Rock Creek Park, I gotta wear my hiking shoes instead of rain boots. It had rained the night before I visited so I figured the ground was going to be wet. But I should have known that I would have wanted to climb up rocks and things so that’s when the hiking boots would have been the better idea. Anything for the shot, right?

So I was extra careful when I was making my way to this spot. I had to jump across a few rocks in order to get to a big one in the middle of the river. From the picture, it doesn’t really look like it because you can see land straight ahead but I swear, I was on a rock in the water. LOL.

At this point, I left my tripod in the car. I didn’t want to have anything in my hands that would throw me off balance and I knew that I wanted to get a low angle where the majority of the image would be of the water. So I sat on this rock and used it to help keep the camera steady. At that point, I made the mental note to wear waterproof pants next time I shoot Rock Creek as well. LOL.