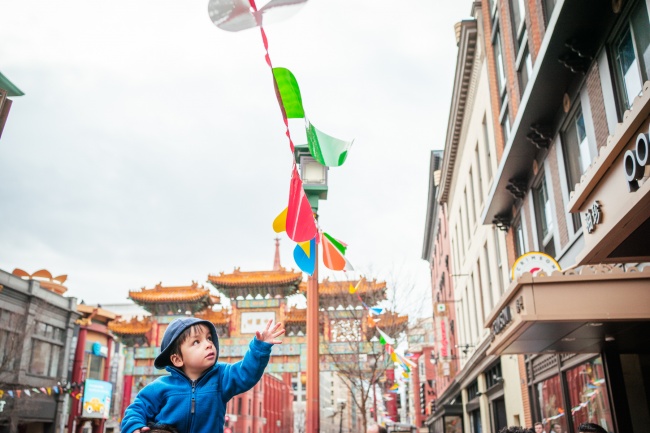 After the dust settled a bit after the Chinese New Year parade ended, people were walking and standing still all at the same time. Did that make sense? I’m not sure. But in general, people were EVERYWHERE. I took it upon myself to just walk around and try to capture some of the bystanders when I ran into a group of young boys throwing these bang snaps on the ground. If you’re not familiar with what bang snaps are, they look like this little ball of paper and when you throw them down on the floor or another hard surface, they make a really loud noise. They are most common during Chinese New Year but are completely safe.

But I realized that I wasn’t the only one who noticed this group of boys. This little boy in blue was sitting on top of his dad’s shoulders watching the bigger boys have fun. After they ran out of the bang snaps, the little boy’s attention went straight from looking down to looking up at the flags. As he was reaching for them, I captured this image.

After I captured it, I couldn’t help but get the 1995 Skee-Lo song out of my head, I Wish. I bet he wished that he could have been a little bit taller. 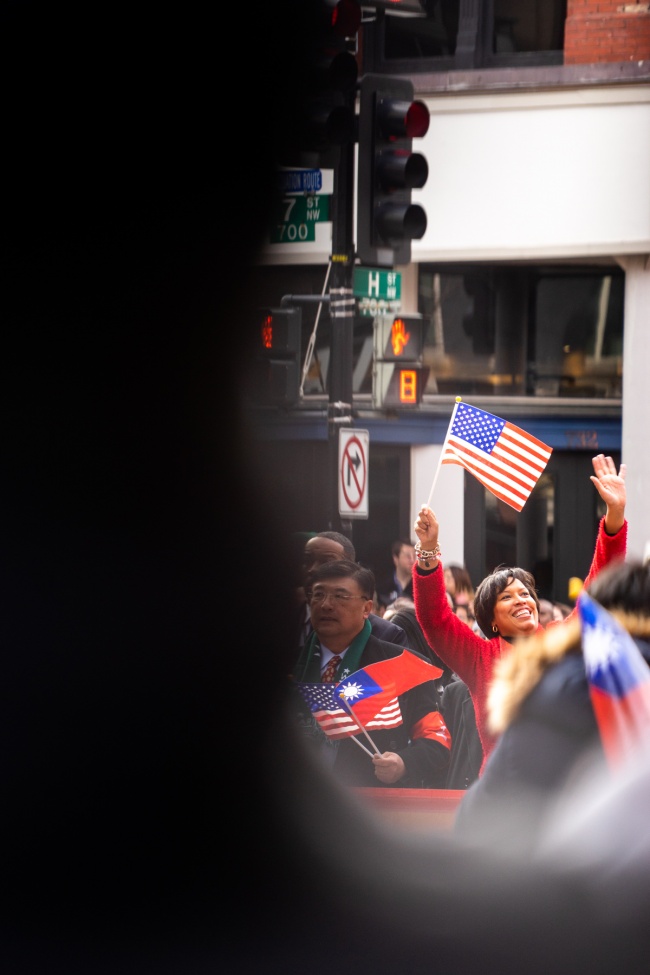 Happy Chinese New Year! Sorry, I’m a few days late but this past Sunday I was finally able to go to the Chinese New Year Parade in Chinatown, Washington DC. It is always something that I try to attend but the past couple of years I have forgotten about it, had other plans or just too lazy to go. I think the last time I may have gone was when I was in high school.

Needless to say, it has been a while and I’m so glad I was able to make it this year. I met up with a few photo friends beforehand but ended up getting to the parade as it was starting. Luckily, I found a great spot close to the Friendship Gate and was able to capture a few images from there as the parade was ending.  But I ended up being about 3 rows from the front. At first, I was a little hesitant about my spot and was worried if I would even be able to see anything. As the parade was nearing the finish line, I am glad I was able to get the perspective that I did. Having the rows of people in front made it easier for me to frame the people coming down the parade route. For example, this image of Mayor Muriel Bowser. The tall man standing in the front row ended up covering everyone else she was walking beside and your main focus goes directly to the Mayor. I loved how smiley she was as she was coming down the street.