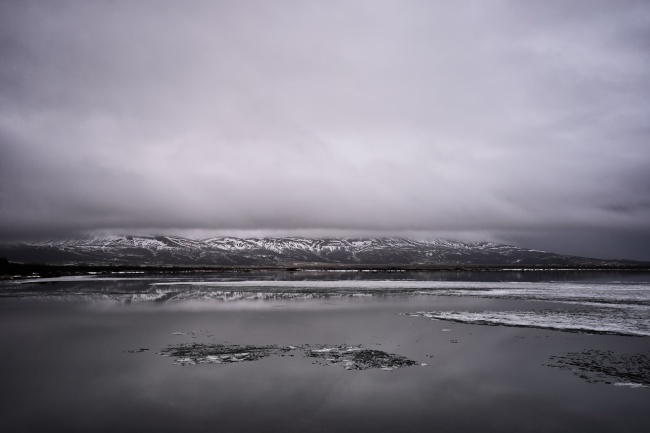 Our flight into Keflavik landed at 5am. Luckily I had the whole aisle to myself and was able to lay down and sleep the whole 5 hours to Iceland. Don’t you just love it when that happens? Anyways, so when we got to the hotel I was ready to drop off our stuff and start exploring. My friend, Mel and I discovered these geothermal baths and steam saunas at Laugarvatn Fontana. It was the first stop we were going to make along the Golden Circle drive in southern Iceland so we were pumped to relax for a bit after all that travel.

The baths were so nice. I’m a big fan of soaking in a hot tub so this was perfect. Even though it was raining off and on while we were there, it didn’t stop us from enjoying our little excursion. So behind the baths was this big lake. It was beautiful but definietly cold. I could see a layer of ice on top of the water. But the craziest part was that people were actually jumping into that lake! I don’t know. I don’t get it. So the whole time Mel and I were watching in amazement from a window in the baths as these people timed themselves to see how long they could stay in there. Then it was hilarious watching them run back to the baths and jump in. This little girl who must of been about 8 years old did it at least 3 times. More power to her.

After about 2 hours of soaking, we finally got up and explored the rest of the golden circle. On our way back to the hotel we had to make a stop back to Laugarvatn Fontana because it was the only place we knew of that had wifi. It was worth it though because the sun was setting and we got this amazing reflection of the mountains in the lake.