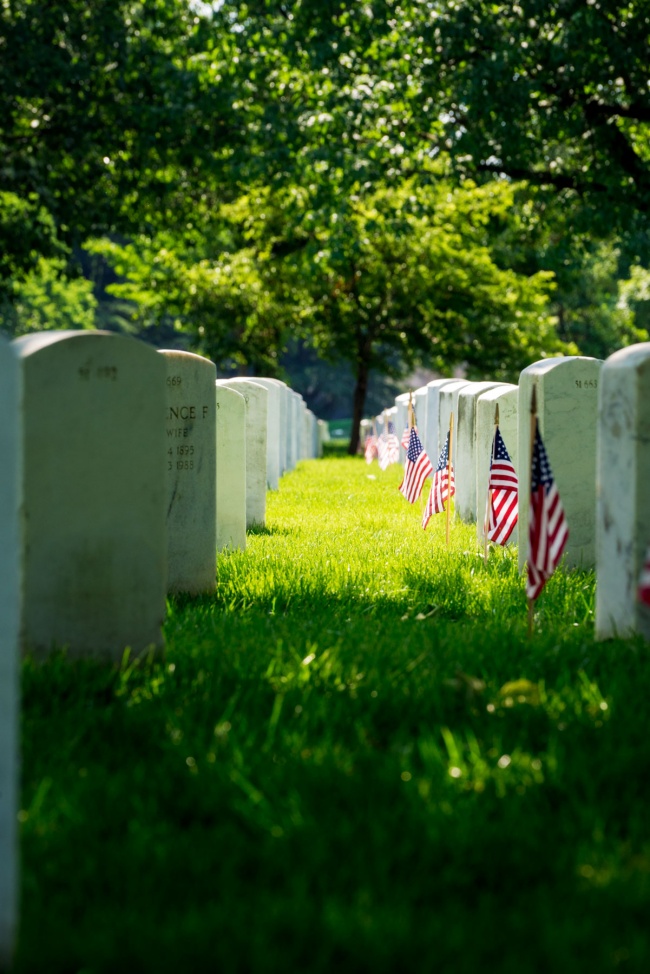 But of course, Memorial Day weekend is to honor those who have died in active military service.

On my way to Washington DC to photograph Rolling Thunder, I stopped by Arlington National Cemetery. I was riding the metro so it was just a quick stop off at Rosslyn Metro station and then a scooter ride to the cemetery. I didn’t expect to make this stop but I’m glad I did. I had never seen “Flags In“.

I think one of the most aesthetically pleasing parts about the Arlington National is the rows and rows of the perfectly lined white headstone. The patterns created can be hypnotizing. So with the American flags right next to them, it adds a little bit of color and it is so symbolic. Seeing so many American flags in a row is emotional. I wish I could have spent just a little more time photographing them but hopefully, I’ll plan my time better and try again next year.

This image was taken around 10:30a. The sun was definitely out so while walking around so I was purposely looking for a light/shadow composition. I was thinking it would be really cool to see some flags in the shadow but then have some emerging into the light. I stood underneath a large tree to capture it and I love the way it highlights that fourth flag in from the side. To get that really compressed look, I used my ultra zoom lens and got down real close to the ground. Almost eye level with the flags.