View of the White House 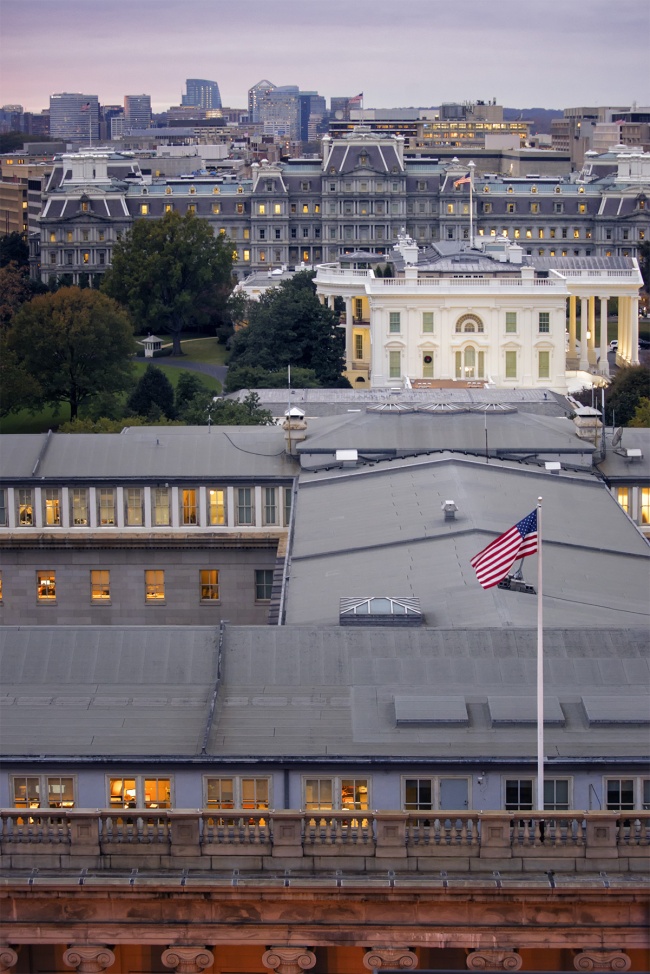 The White House is by far the most difficult landmark to photograph in Washington DC. It’s also the reason why I don’t have many images of it on my site. And in the past couple of years it’s gotten even harder. There have been so many restrictions on where you can walk around or even stand. Its kinda crazy compared to what it used to be.

Thankfully, my friend Christa has the hook up at her job and we were able to go to her work’s rooftop and capture it from there. But even there it was still a little sketchy. She let me know that we may get warnings from the White House just for having our tripods out… on the rooftop… a block away. But in the end, we had no troubles. Thank you Secret Service!

For this image, I used my 70-200mm lens to capture it all. It was the only lens I had on this whole rooftop adventure. I just love the way it compressed all the layers and what’s even more shocking is all the great details you can in the buildings in the very back. That’s Rosslyn, VA in case you were wondering. *shock face emoji* LOL.

What’s even better is that there are 5 american flags in this image. Can you find them all? The last two may be a little more difficult to find but I love seeing little surprises like that.

My camera settings for this image is F5.6 at 1/60th of a second and ISO 1600 with my Sony A7II and 70-20mm zoom lens. I specifically remember thinking that I wanted to create a stop motion effect with the American flag in the foreground so that is why my ISO is so high. The sun was setting and the light was already pretty dark. It had to be a real quick shutter.