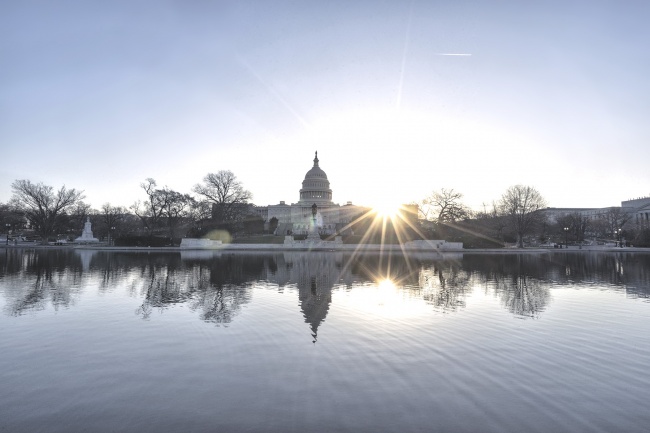 Days have been going by so fast lately. Don’t you think? Or is it just me? Even though the days are longer, I swear I wake up in the morning and the next thing I know it’s 2p. If I really thought about it I think I took this image this past weekend but when I looked at my calendar, it was really from three weeks ago! That’s so crazy.

I captured this image at the IGDC sunrise meet up. It was a super cold morning and with no clouds in the sky. Usually those are the kind of days that I would rather sleep in (and by sleeping in I mean sleeping until 7a on a weekend) but I knew I would have had a great time shooting with my friends. I left my camera in my backpack for the most part. I was enjoying the conversations more than anything else. But as everyone was wrapping up and leaving, I noticed the sun burst peaking out of the US Capitol building.  So I shot it and didn’t really think much of it. It wasn’t until I got home and looked at the images on my computer did I realize I captured the reflection of the sun burst. How freakin’ cool is that?

Now that I think about it, I think it would be even cooler if I got some seagulls or something flying in the image and got a reflection of that as well. It would be really nice to have some kind of foreground element to this image. Oh well, there’s always next time. I’ll just have to keep that in my to-shoot list.