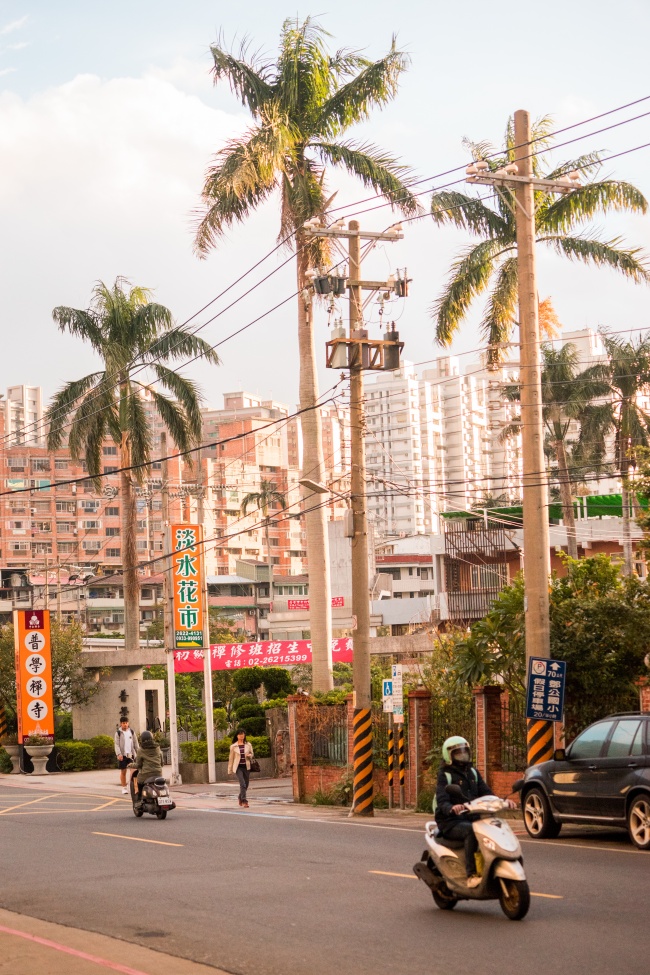 Most of my time in Taiwan was actually spent in a suburb of Taipei called Tamsui. It’s about a 45 minute MRT (metro) ride from the capital city but it still gives you the big city feelings. It’s bustling with people at all hours of the day which was good for me because I usually woke up every morning around 4 am. It was so nice because I really enjoyed photographing Tamsui as the city was waking up. I never really had a real plan during my morning walks, I would just wander the streets and see where each corner would take me. Some of the streets would be so small that I’d get so lost. Luckily, I had internet service on my phone or else, I’d probably still be wandering the streets not knowing where I was going right now.

This image was captured on the main road close to our hotel. I loved it because it was one of the only sunny mornings we had while we were there and I just love seeing those palm trees glow in the sun. Scooters and pedestrians were everywhere, on their way to work and school. Looking at this image, I can still hear all the scooters racing by. At some points, it seriously was like a game of chance because they would pop out of nowhere. LOL.