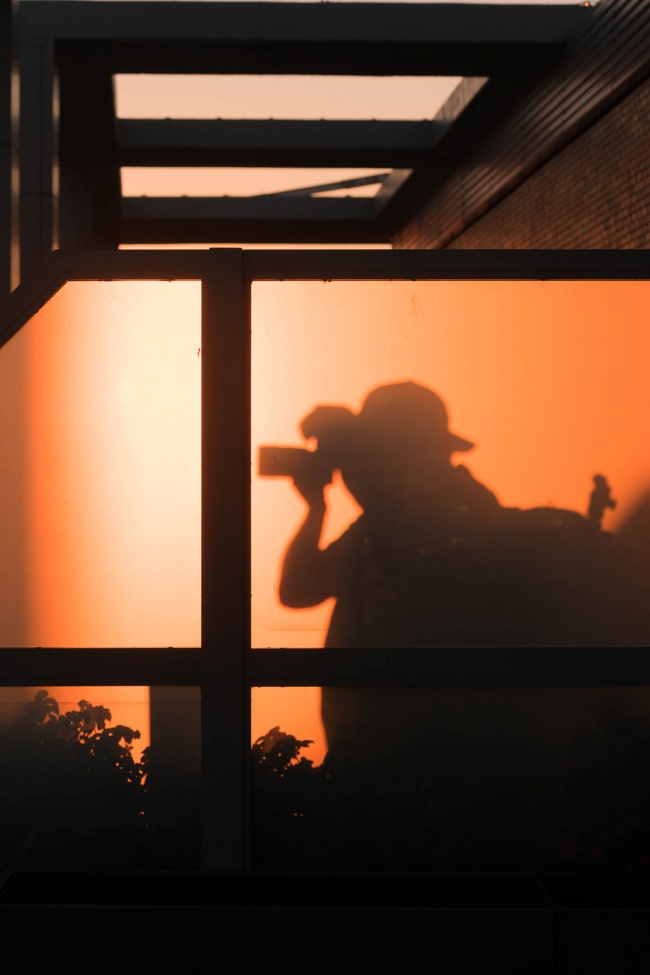 As many times as I’ve mentioned my friend, Larry on the blog, I’ve finally taken a picture of him! LOL, sort of. This was taken from the Altaire rooftop in Arlington, VA. We were actually leaving the rooftop when he was a few steps ahead of me. I saw him walk past this divider, I told him to stop, and act like he was taking a picture. I think this turned out cooler than I had imagined! I loved how the silhouette turned out.

Also really looking forward to going to New York this weekend. Besides PhotoPlus, I plan on just shooting a lot around the city. So this is basically what I’ll be looking like if I were a guy with a backward hat on. LOL.

Let me know if you’ll be in New York this weekend too! 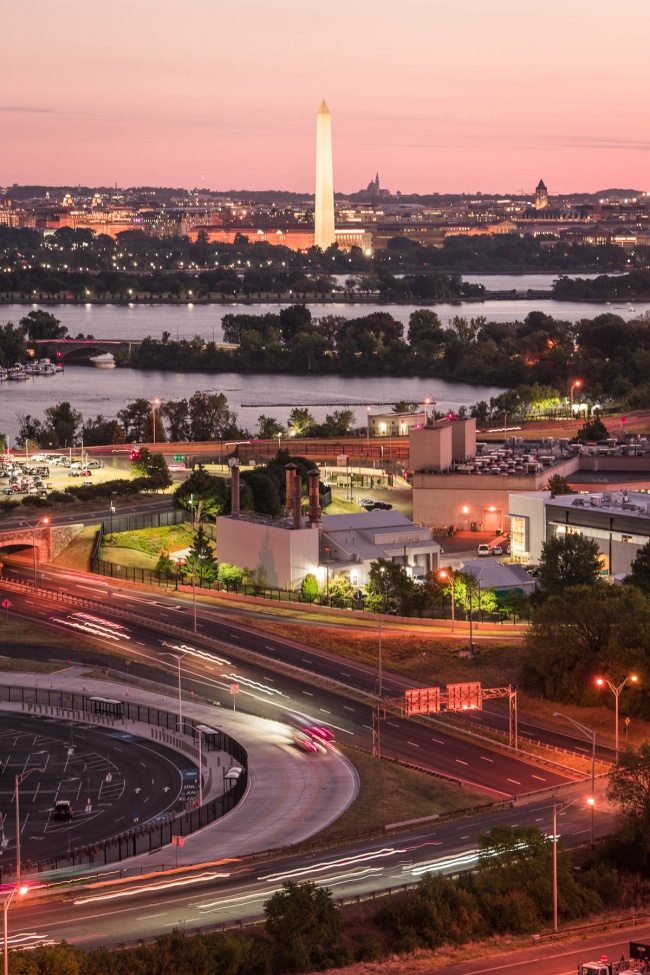 Another one from Crystal City’s Altaire apartment building. I love this view at sunrise. It’s so interesting to watch the city wake up and this is the perfect place to do it. I think what I like most about this image is all the layers. The curvature on the road goes so nicely with the formation of the water in front of the Washington Monument.

In other news, later this week I’ll be heading up to New York with Andrew. I’ll be in and out of PhotoPlus, so if you’re there, let me know! Its my first time at any kind of photography convention like this so I have no idea what to expect. All I know is that I’m in for a good time! Plus if you have any other NY photo/food recommendations let me know. Andrew and I do try to go at least once a year, but I’m always looking for new places to go 🙂 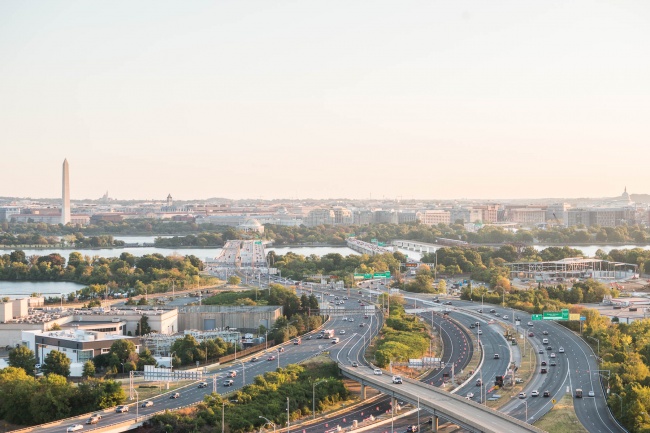 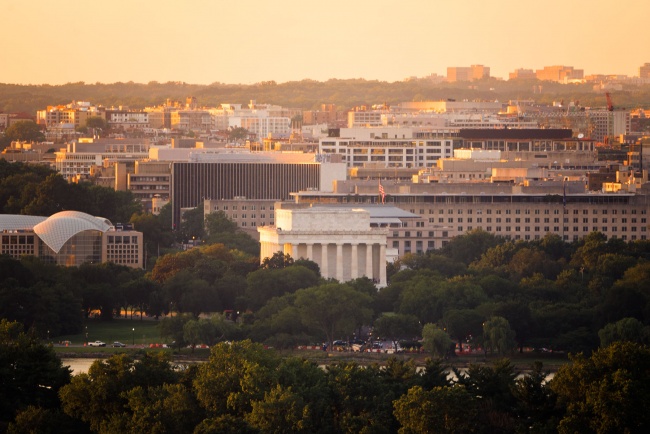 From the top of the Altaire luxury apartments in Crystal City, Virginia. I still can’t get over this view.

Although the Lincoln Memorial isn’t as predominately seen from this viewpoint, it was still so cool to capture.  I think it’s because you see the memorial from the side, which isn’t seen as often but it is surrounded by so many trees. I really had to zoom in with my lens to capture this.

But it also raises the question, should landscape images be photographed in landscape mode? Meaning vertical or horizontal? I feel like the majority of images I capture are in the vertical orientation. Not for any reason other than I think the composition usually looks better that way. I sort of see it as a way of “naturally” cropping and zooming in to a subject. Yes, it is more phone-friendly as well because it takes up the screen but I know traditional photographers will always photograph in the horizontal.

A couple of years ago, my friend, Mike who at the time worked at Modern Luxury DC magazine, said that magazine editors prefer the vertical orientation as well since that’s how magazines are read. Ever since then I was trying to get into the habit and it kinda stuck.

Obviously, this image is horizontal, but I think it worked because my main focus was to show all the layers behind the Lincoln Memorial. I tried cropping it in vertical, but it just didn’t work.

So I guess I’m saying that the orientation depends on the image but in general, you will usually see my images vertical. What about you? 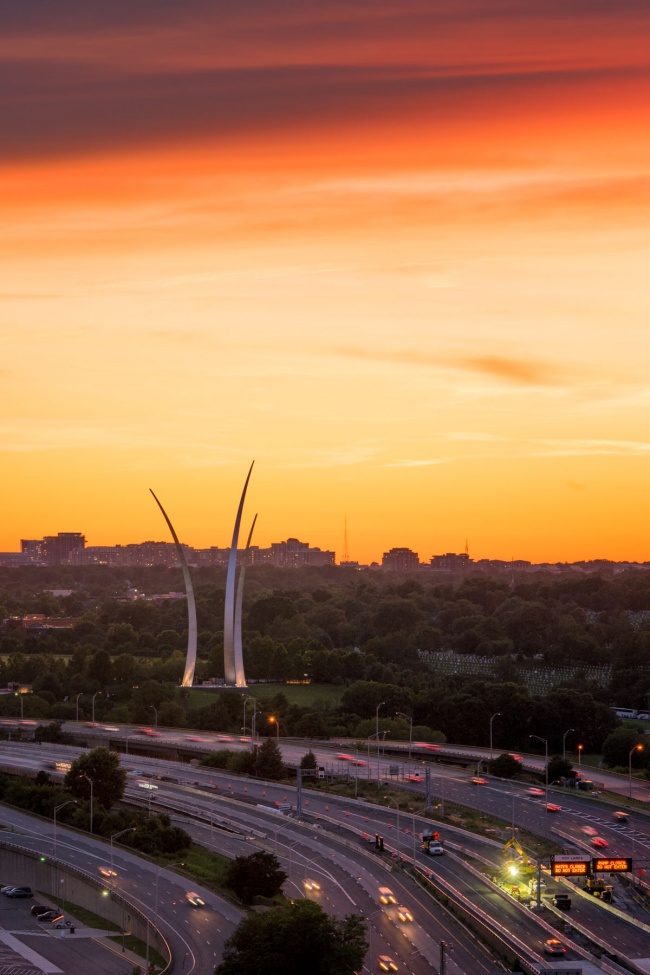 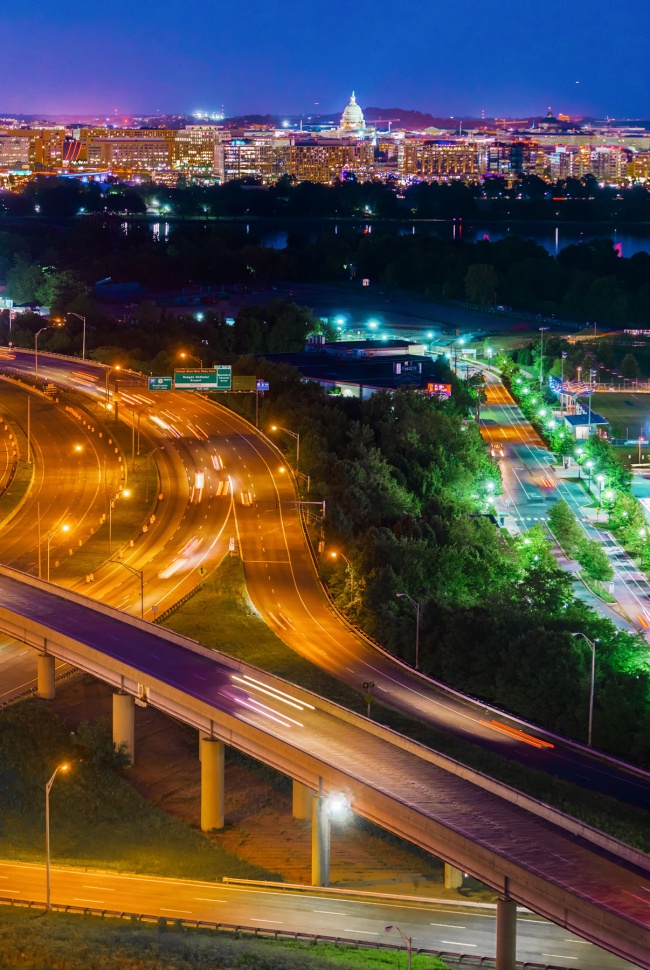