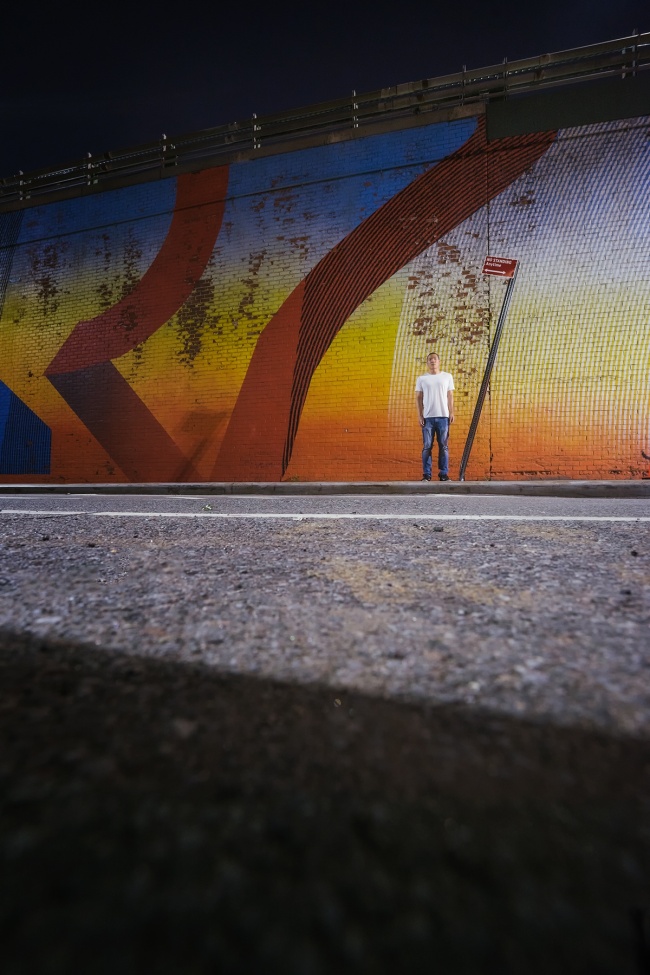 A little break from cold New York photos to this image of hot New York LOL. The weather in New York is so extreme. This one was taken last year when Andrew and I visited New York in the end of August. That trip was a little different because we stayed for 2 or 3 nights instead of our usual one. We also had Frankie on this trip, but this image was taken at night time and he already had a long day of exploring the city so he just stayed back.

So I captured this right before we were about to walk across the Brooklyn Bridge. I’m not sure what inspired me to take this image but I just liked the colorful wall in the background and the “no standing sign” leaning over like that. Either way, I thought this would be an appropriate image for today since it’s Andrew’s birthday…. and it’s a picture of him in New York. LOL.

We don’t have any real plans for the day yet. To be honest, I’ve been feeling a little sick since we’ve been back so I’m not sure how much fun I’d be for celebrating. All I know is that we’ll definietly have some cake today. If you know anything about Andrew, it’s the fact that this guy loves his sweets. When we first started dating, I wasn’t much of a dessert person but since we’ve been together, I’ve grown to appreciate sugar. LOL. All kinds of it too. So if we do nothing else, there has to be cake.

My camera settings for this image is F7.1 at 0.8 sec at ISO 640 with my Sony A7II and 16-35mm wide angle lens handheld. I just put my camera on the ground for this long-ish exposure and told Andrew to stand very still.