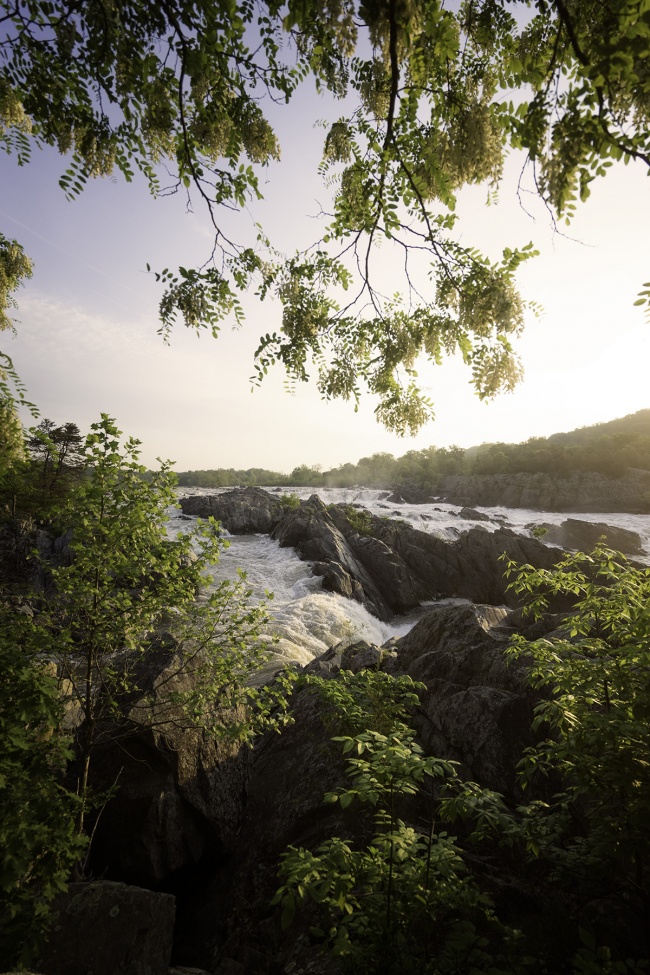 The original intent of Snap DC: Your Guide to Taking Extraordinary Photos of the National Mall and Beyond was to help fellow photographers capture amazing images around the National Mall. I wanted to take all the knowledge that I have and put it all in one place to help anyone who wanted to photograph my favorite city. The first thing I did was mind map all of my favorite locations and quickly realized that I had a dilemma. All of my favorite places to shoot in Washington DC were not just in the National Mall. They were located in and around the city, including this place, Great Falls National Park which is technically located in Maryland and Virginia.

I had to decide if I wanted to narrow the focus to just the National Mall or keep it real and include all the other places. So I kept it real. I love Great Falls. Its such a great getaway from the busyness of the city. Who would have imagined that this magical waterfall is just 20 miles outside of the city. This was taken from the Virginia side and if you go to the Maryland side, it’s a totally different ballpark.

So if you were interested in learning more about Great Falls National Park, The National Mall or all of my other favorite places in the DC area to shoot, then check out Snap DC! It is finally going to be released THIS SUNDAY May 20th on Amazon as a paperback and kindle version. Also don’t forget that we’re photowalk-ing it out on Saturday, May 19th with IGDC to celebrate the launch of the guide book. This weekend is going to be so awesome. I can’t waittttt!