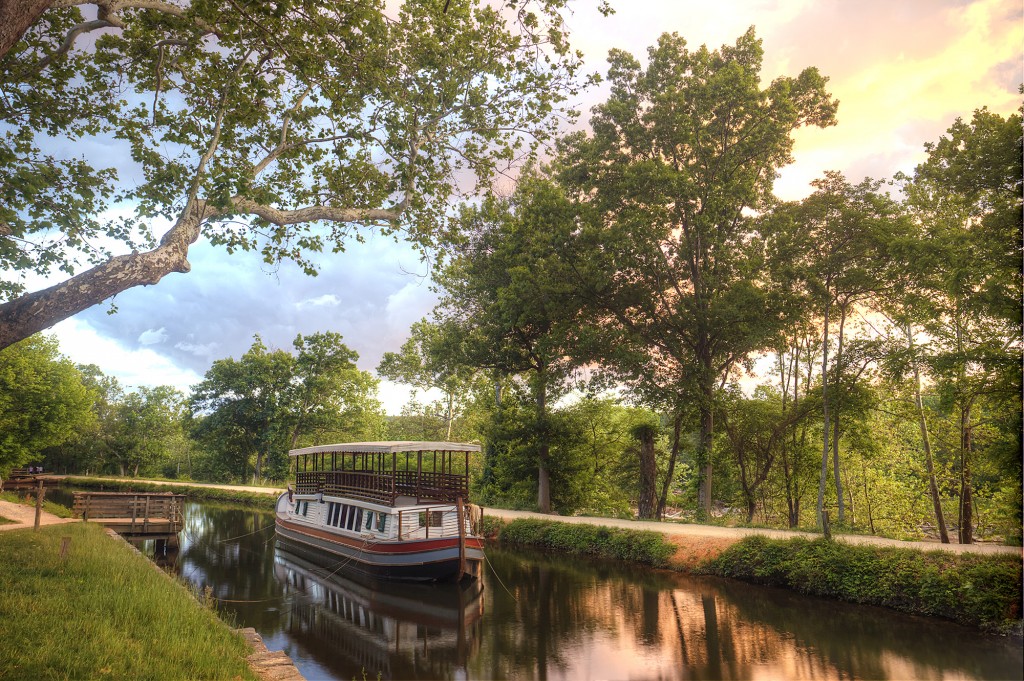 One of the first things you see when you enter Great Falls Park in Maryland. I remember being in a bit of a rush on this day and I loved how I could still see the sky from this point of view. 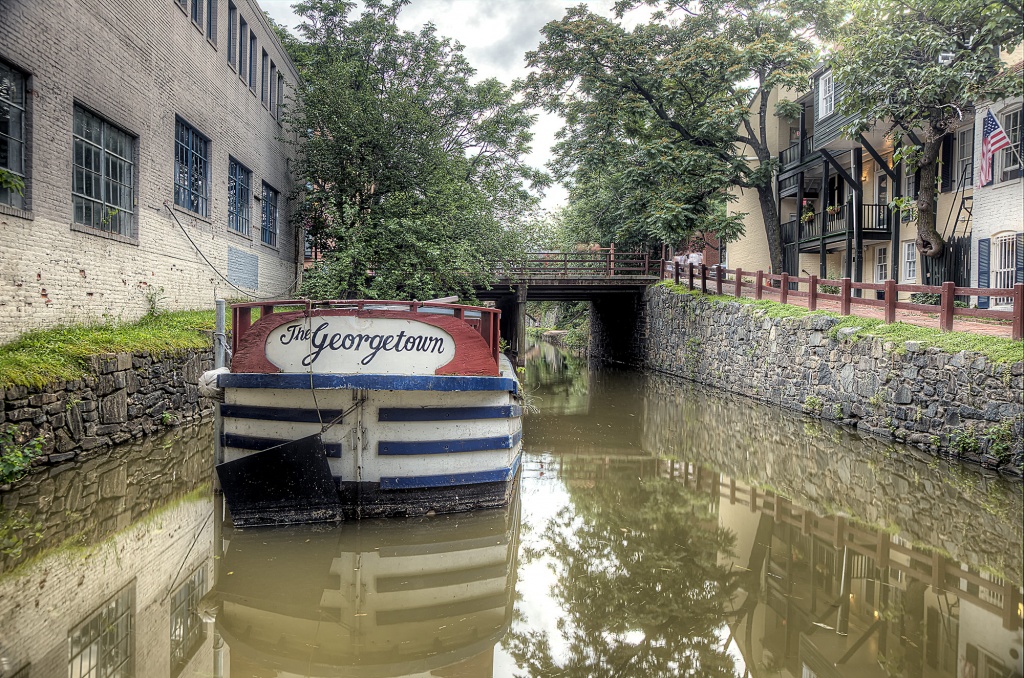 Andrew wanted to go to the Nike store in Georgetown. So… what am I supposed to do? Wonder around with my camera 🙂

Taken right off the balcony on our first day there, the sunset was really breathtaking. Not because it was particularly colorful but because of the overwhelming clouds. I didn’t realize how the dark clouds could effect the lighting so much in the water and reflection.

Processing this image was a little difficult for me. Actually, this image and the previous sunrise image were both difficult. For this particular image, it was finding the right composition and the colorful sky. I had to do a single image HDR because the boat in the foreground kept on moving with the waves. The previous image, seen here, was difficult because I wanted there to be more color. That image also had to be a single image HDR just because of the waves moving.

What I did Memorial Day Weekend